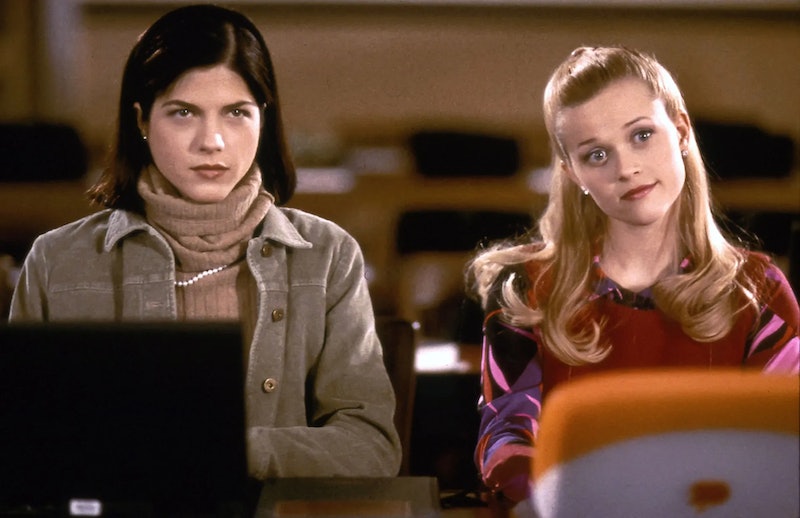 With Legally Blonde approaching its 20th anniversary this month (July 13, to be precise), fans and the cast alike have been reminiscing about the iconic film, not just about the impact it has had since, but also about its making. One of the most interesting developments, though, is the revelation that Legally Blonde nearly had a queer ending.

Speaking to The New York Times, Jessica Cauffiel — who played Margot, one of Elle’s best friends — said that Elle nearly ended up with Vivian, famously played by Reese Witherspoon and Selma Blair, respectively.

“The first ending was Elle and Vivian in Hawaii in beach chairs, drinking margaritas and holding hands,” she said. “The insinuation was either they were best friends or they had gotten together romantically.” Talk about power couple goals.

Alanna Ubach, who played Elle’s other sorority sister bestie, Serena, also remembers this alternative ending, though the screenwriters tell The Times that they did not write that ending.

“The second or third ending was a musical number on the courtroom steps, and as Elle came out, the judge, jury, and everybody in the courtroom broke into song and dance,” continued Cauffiel. “I’ve been waiting for somebody to leak that for 20 years.”

In another alternative ending recalled by Cauffiel, Vivian is blonde, working with Elle on the Blonde Legal Defense Club, and handing out fliers in the quad.

Screenwriter Kirsten Smith recalls how a version that ended with Emmett and Elle kissing wasn’t a crowd fave. “We screened the movie two or three times, and every time people didn’t want to end it with a kiss,” she recalls. “They thought it wasn’t a story about [Elle] getting a boyfriend, which was really cool to have people say that.”

It was after a test audience that Smith and Karen McCullah decided to cut to the graduation scene and add captions. “It was so good, [Elle’s] speech at the end, Donald Trump had to steal from it,” added Jennifer Coolidge, who played Paulette.

Though the Vivian and Elle romance storyline hasn’t been confirmed, fans of the movie have lapped it up on Twitter. As one user said: “The original ending of Legally Blonde was so chaotically bisexual and audiences didn’t like it I’m ENRAGED we could have had it all.”

More like this
Stephen Graham & Steve McQueen Are Working On A Wartime Drama
By Darshita Goyal
Yes, You Can Stream ‘To Leslie’ In The UK Now
By Sam Ramsden
Rupert Grint Just Shared A *Major* Update About Ron Weasley’s Future
By El Hunt
Channing Tatum “Nearly Killed” Salma Hayek During 'Magic Mike' Lap Dance
By Sam Ramsden
Get The Very Best Of Bustle/UK
Sign up for Bustle UK's twice-weekly newsletter, featuring the latest must-watch TV, moving personal stories, and expert advice on the hottest viral buys.