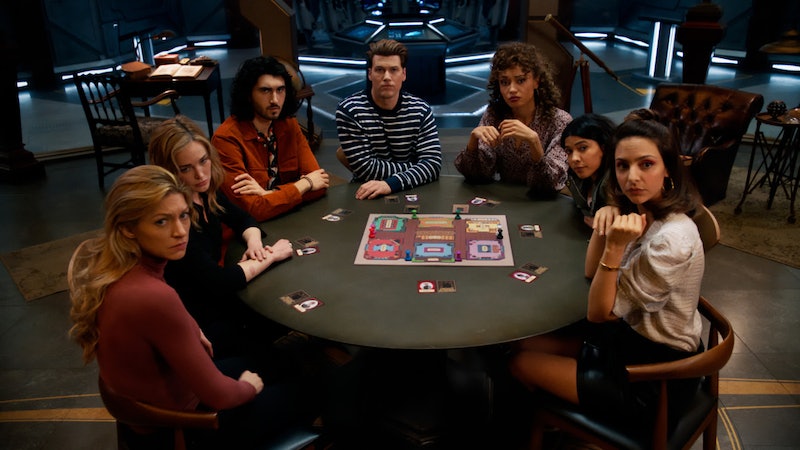 Legends of Tomorrow is one of the most quirky and irreverent comic book shows onscreen, so it’s no surprise that it was renewed for Season 7 months before its Season 6 finale. As reported by Deadline, its one of 11 other current CW series including The Flash, Batwoman, and Riverdale that were handed early renewals in February 2021.

Amid the pandemic, CW president and CEO Mark Pedowitz told Deadline that they’re trusting their current stable of shows to carry the network. “Right now, we’re probably going to stay the status quo down the line with everything we have because a) they’re working and b) I’d rather have a known quantity on the air than an unknown quantity,” he said. Pedowitz added that the early renewal allows the production teams to “get a strategic head start on next season” by “laying out story arcs and hiring staff.”

The Legends of Tomorrow team has now had seven months to do exactly that, and it won’t be long before the show is back onscreen. Here’s everything we know about Season 7 so far.

Per Deadline, Season 7 of Legends of Tomorrow will premiere on Wednesday, Oct. 13 at 8 p.m. ET and will be followed by Batwoman Season 3 at 9 p.m.

The Legends of Tomorrow Season 7 Cast

At least one character will be absent: John Constantine, who died in the penultimate episode of Season 6 after Bishop (Raffi Barsoumian) double-crossed him and gave him poison to drink. “It just felt like it was right for John to leave Legends,” actor Matt Ryan told TV Line of his character’s fate. “Ultimately, he’s a loner with his guilt and torment that walks this earth alone. There was only so much that we could ever do with him on Legends. It almost felt like we were on borrowed time at some point, because you don’t want to push a character like this too far into a show and take him away from his roots too much.”

However, Ryan will continue to be a part of the show as a new character named Dr. Gwyn Davies, "an eccentric scientist from the early 20th century who may prove to be a pivotal ally for the chaotic time-travelers,” per Entertainment Weekly.

“When they offered up the opportunity to come back as a completely different character, the challenges of that [were] so different from the challenges I knew with John. I just couldn’t say no,” Ryan told TVLine. “The wonderful thing about me coming back onto this show with Davis is there’s a mystery there, which we don’t quite have with John, because everybody knows him so well.”

The Legends of Tomorrow Season 7 Plot

Not much is known about the plot of Season 7, but we do know a few behind-the-scenes details. Co-showrunner Keto Shimizu confirmed that Caity Lotz will direct another episode after helming “Mortal Khanbat” and the animated "The Satanist's Apprentice.” Shimizu also tweeted on Aug. 30 that the team is currently filming the fifth episode of Season 7, titled “It’s a Mad, Mad, Mad, Mad Scientist.”

More like this
Nicola Coughlan Shared A Lady Whistledown Excerpt From ‘Bridgerton’ Season 3
By Grace Wehniainen, Alyssa Lapid and Sam Ramsden
A New 'And Just Like That' Table Read Pic Confirms A Key Character's Return
By Jack Irvin and Grace Wehniainen
This Episode 6 Moment Foreshadows Viserys' Fate On 'House Of The Dragon'
By Grace Wehniainen
Watch The Thrilling Teaser Trailer Of 'Shadow And Bone' Season 2
By Gretchen Smail and Jack Irvin
Get Even More From Bustle — Sign Up For The Newsletter