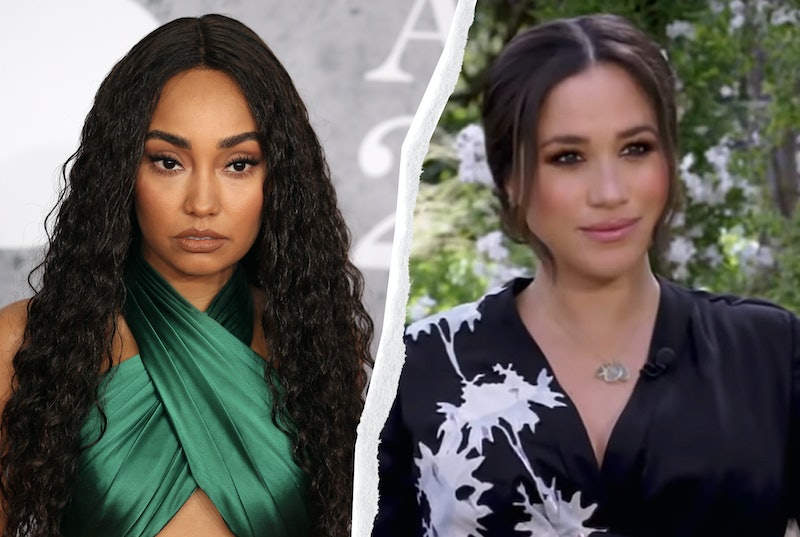 Ahead of her BBC Three documentary, Leigh-Anne: Race, Pop, and Power, Little Mix’s Leigh-Anne Pinnock has praised Meghan Markle for speaking out about racism during her landmark Oprah Winfrey interview earlier this year.

The singer, 29, said in a statement published today (May 10) that Markle was “brave” for sharing her experiences regarding race and the royal family.

“It just shows racism doesn't exclude you. If you're a Black person it's going to affect you at some point in your life,” said Pinnock. “I think she really showed that and I hope people could see that it doesn't matter how much money you have or how successful you are it still affects you.”

For Pinnock, the decision to share her experiences of racism within the music industry has also taken bravery. Back in June 2020, she used her platform to raise awareness about the Black Lives Matter movement and shared a video on Instagram where she said she felt like the “least favoured” in Little Mix.

“I was really scared actually,” she said in today’s statement. “I was scared people wouldn’t understand because I feel like with racism if you don’t experience it, how are you ever going to really get it?”

In Leigh-Anne: Race, Pop, and Power, the singer will explore how systemic racism has affected her personal life and her career.

The BBC writes that, since winning the X Factor, Pinnock “has often felt like she is treated differently, and now she’s wondering whether years of feeling ignored at signings, not hearing her name cheered at events, and fans walking past her in favour of the other girls in the band may be down to her race.”

During the one-hour documentary, Pinnock will also speak with Dawn Butler about how the MP has handled intense public scrutiny and abuse, as well as her fiancé Andre Gray who was called out for offensive tweets about Black women in 2012. Conversations with her Little Mix bandmates and her parents will also be featured.