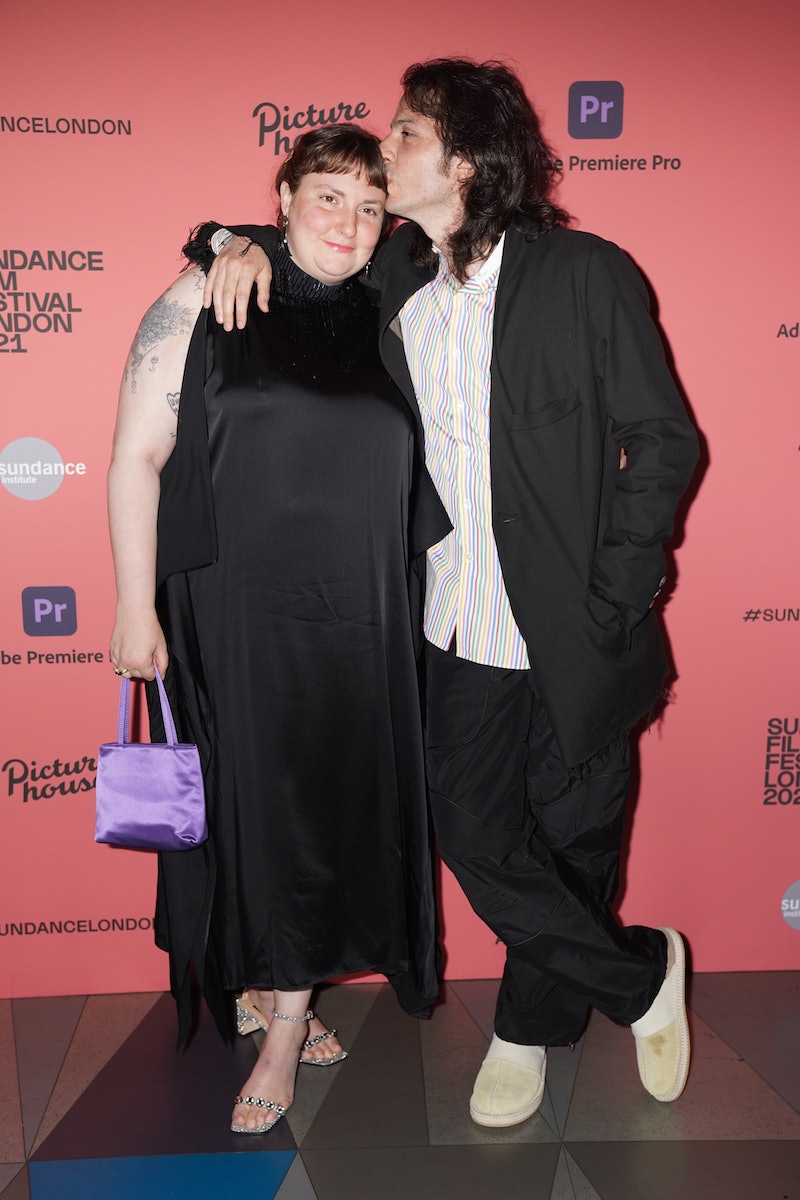 Less than a year after Lena Dunham revealed that she was in a new relationship, the Girls creator has tied the knot. The 35-year-old TV writer and star married musician Luis Felber (whose stage name is Attawalpa) during the weekend of Sept. 24-26, according to PEOPLE.

Dunham first spoke about Felber in an April interview with The New York Times. Although she didn’t name him at the time, she shared that they had met in London and had been dating for a few months. “I feel really lucky,” she said, calling Felber “the greatest person she’s ever met.” In a Sept. 27 interview with The New York Times, Felber expanded on the early days of their relationship, including how they met on a blind date. “A mutual friend of ours basically set us up,” he confessed. “The first time we hung out, we didn’t stop talking for, like, eight hours.”

After that, as a result of lockdown, the pair would find themselves walking around Central London just talking about anything and everything, and their relationship quickly blossomed from there. “I think it was sort of incredible, you know, I walked into that. I’d been on quite a few dates in the past year,” he admitted. “As someone who’s quite open, I find you hold a lot back on your first three dates. Or first 10 dates. I was just a bit fed up with that, so I just walked into the situation very myself, shall I say. And Lena liked that. And she’s the same.” He added: “I could be sitting at a bus stop with her for 10 hours and it would be the best day ever.”

Since then, Dunham has shared glimpses into their relationship on social media. She is an avid supporter of his music, attending his concerts and posting snippets of new music. In June, she posted a carousel of photos on Instagram to celebrate Felber’s 35th birthday. “When I was 3 weeks old in downtown Manhattan, I had no idea a baby was being born in England (Winchester, no less!) who would rocket into my life — wearing a lime green polar fleece snood — and challenge so many of my beliefs about myself and the world with magical abandon,” she wrote. “Everyone who comes into contact with you — creatively, emotionally, accidentally — is lucky. But I am the luckiest, because that snood is now in our shared chest of drawers.”

Two days prior, Dunham tweeted about how Felber cheers her up when she’s ill and urged others not to give up on love. “When I feel sick, my boyfriend makes delicious pasta & rewatches as much BoJack Horseman as I want, walks the dog & makes up songs about her face,” she explained. “In January, all I tweeted about was how men are basically refried beans in human form. What I’m saying is, don’t quit before the miracle, kids.”

In addition to living together, they also work together; Dunham directed the music video for his single “Tucked In Tight,” while Felber scored her upcoming Sharp Stick, which he called a “very beautiful film.” He also admitted he hadn’t seen Girls and that he plans to watch it “one day.”

Asked what prompted his decision to propose, Felber told The New York Times that it was a collection of “lots of moments” that made want to marry his “soulmate” Dunham. “I think when you know, you know. I’ve only been alive for 35 years in this lifetime, and I think it’s another archaic thing for guys to hide their feelings,” he shared. “I’m way more into the flow of getting to know the person. And I think Lena’s the same, and I think — I’m going to sound cheesy — but when you find your soulmate, you just know.”

He also acknowledged the web of complexities attached to getting married, but that he loved his “best friend” Dunham and that he just knew he wanted to marry her. “I’m not living in a Disney film where you’re certain about who you want to spend the rest of your life with in one moment,” he replied. “Time is fluid and when you know, you know. I love my wife, who is also my best friend.”