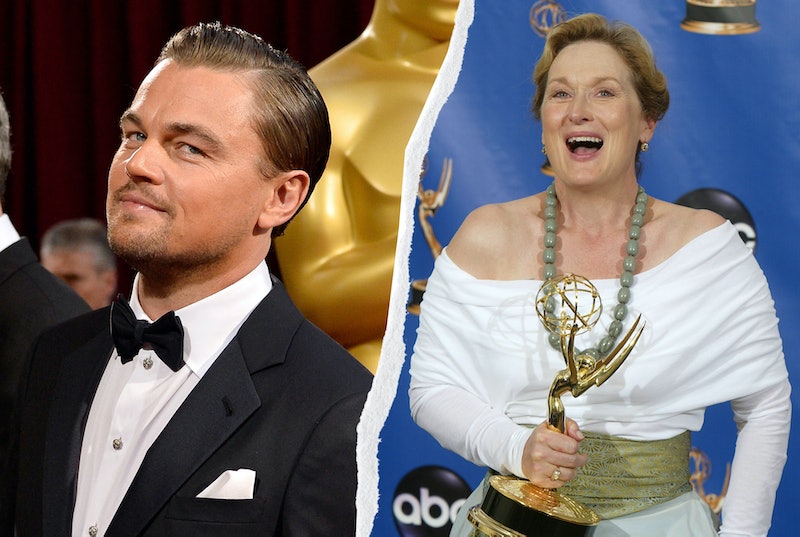 Directed by Adam Mckay, the disaster-comedy movie sees Dicaprio and Lawrence play two low-level astronomers who attempt to convince the US President, played by Meryl Streep, that a comet is heading towards Earth. Ahead of its Netflix release date (Dec. 24), director Mckay revealed to the Guardian that Leonardo Dicaprio had a “problem” with Streep’s nude scene, while the veteran actress “didn’t even blink”.

“She is fearless. And yes, that is a body double. But you know who had a problem with it? Leo [DiCaprio],” revealed the Step Brothers director in the interview, adding, “Leo just views Meryl as film royalty … although maybe royalty is not a compliment … but as such a special figure in the history of film.”

Apparently, Dicaprio, 47, wasn’t comfortable seeing the beloved actor “with a lower back tattoo” and “walking for a second naked”.

McKay explained further: “He said something to me like: ‘Do you really need to show that?’ And I was like: ‘It’s President Orlean; it’s not Meryl Streep.’ But she didn’t even blink. She didn’t even bring it up.”

Though surprisingly sheepish about the nudity, Dicaprio had explained to Digital Spy, that he was excited by the Don’t Look Up role because of its clever way of tackling the current climate change conversation, stating, “I've been looking for a movie that was about this subject for decades now.”

Don’t Look Up is in cinemas now and released on Netflix on Dec. 24.

More like this
Ryan Reynolds Brought Some Famous Friends To Wrexham A.F.C's Last Game Of The Season
By El Hunt
The Millie Bobby Brown & Jake Bongiovi Guide To Cute PDA & Red Carpet Twinning
By Bustle UK
10 Times Diana & Meghan Spoke Similarly On The Royal Family
By Sophie McEvoy
Ed Sheeran Announced His Second Baby’s Arrival In The Most Ed Sheeran Way
By Rachel Mantock
Get The Very Best Of Bustle/UK