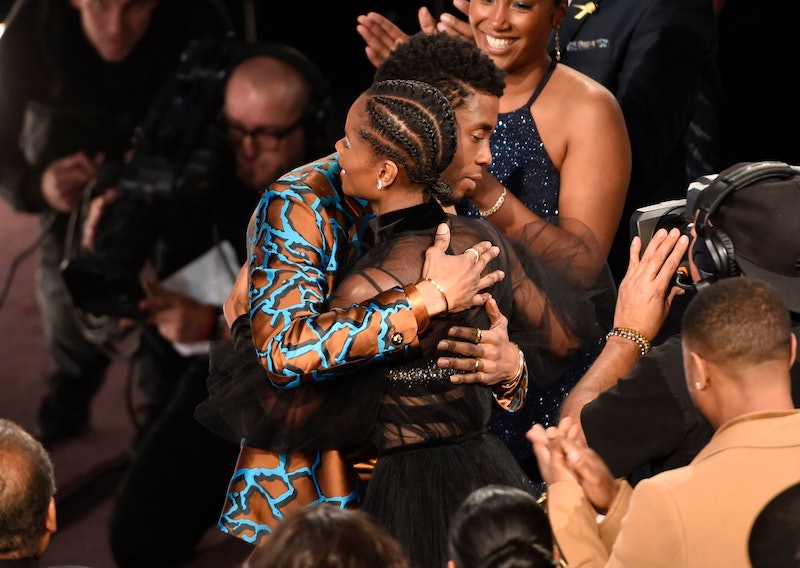 Following the actor's passing nearly a week ago, Letitia Wright paid tribute to Chadwick Boseman with a beautiful eulogy on Instagram. On screen, the pair portrayed an immensely strong sibling bond as T'Challa and Shuri in Black Panther and two subsequent Avengers movies. That closeness continued off screen, as Wright shared in her moving post, describing him as "her brother, an angel on Earth departed" and "a soul so beautiful."

In her video, Wright said: "When you walked into the room, there was calm. You always moved with grace and ease. Every time I saw you, the world would be a better place," the actor said alongside images of nature and the two of them together. "Words can't describe how I feel, how we all feel that losing you was forced upon us, to accept this new reality."

Boseman passed away following a long battle with colon cancer. "I wish I got to say goodbye," she said in the video. "I messaged you a couple of times but I thought you were busy. I didn't know you were dealing with so much. Against all the odds, you remained focused on fulfilling your purpose of the time handed to you."

"My heart is broken," Wright continued. "Searching for old messages of exchange, cards filled with your handwriting and memories of you holding my hand as if it was for eternity. I thought we had more time and many more years to come for more laughter, more moments of me picking on you on set, leaning my head on your shoulder... I thought this would be forever. This hurts."

"And all that's left now is for us to allow all the seeds you've planted on the Earth to grow, to blossom, to become even more beautiful. You're forever in my heart."

Many of Boseman's co-stars have also paid tribute to the actor, including his fellow Black Panther cast members Michael B Jordan and Angela Bassett. Director Ava DuVernay wrote on Twitter, "May you have a beautiful return, King. We will miss you so." Former president Barack Obama shared his sadness via social media too, saying: "You could tell right away that he was blessed. To be young, gifted, and Black; to use that power to give them heroes to look up to; to do it all while in pain – what a use of his years.""