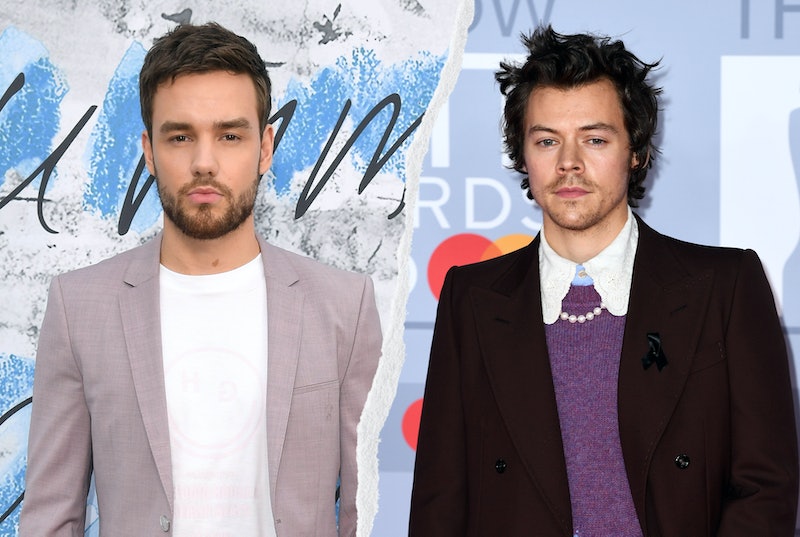 Last month, Harry Styles sparked an online debate about masculinity when he donned a Gucci dress for Vogue's December cover. And during a recent interview on Capital Breakfast With Roman Kemp, his former One Direction bandmate Liam Payne weighed in with his thoughts, maintaining that a man in a dress is perhaps the last thing anyone should be worried about right now.

"I think he's enjoying himself and he's free to do as he wishes," Payne said. "And, you know, I just think that people don't need to be so bothered about stuff. There's been a lot more stuff going on this year than whether or not he's wearing the right clothes in someone else's mind." The "Stack It Up" crooner continued to sing Styles' praises and said, "He's never really lost himself, even in spite of everything."

"After the band we didn't speak for a long time, actually, and then I remember seeing him, it was actually at a Jingle Bell Ball, backstage for the first time in a long time," Payne recalled. "He's still the same guy he always was when we left each other in that dressing room, as the band kind of stopped for a little bit."

Styles donned a billowing Gucci frock on his Vogue cover last month, prompting criticism from conservative commentator Candace Owens. To much backlash, Owens retweeted the cover with a call to "bring back manly men." Styles responded to Owens’ comments earlier this month with a not-so-subtle nod to the tweet. The "Golden" singer, hailed Variety's Hitmaker of the Year, shared a snapshot of the Variety cover on Instagram and captioned the post, "Bring back manly men."

Beyond his cheeky social media post, Styles addressed the criticisms in the interview. "To not wear [something] because it's females' clothing, you shut out a whole world of great clothes," Styles told Variety at the time. "And I think what's exciting about right now is you can wear what you like. It doesn't have to be X or Y. Those lines are becoming more and more blurred."

In his Vogue cover, Styles cited David Bowie, Elton John, Prince, Freddie Mercury, and Elvis Presley as his fashion inspirations. "As a kid it was completely mind-blowing," he said of their style. "Now I'll put on something that feels really flamboyant, and I don't feel crazy wearing it. I think if you get something that you feel amazing in, it's like a superhero outfit."

More like this
Olivia Wilde & Harry Styles' Relationship Timeline Started With 'Don’t Worry Darling'
By Jake Viswanath
Why Harry Styles & Olivia Wilde Make A Great Couple, According To Astrology
By Nina Kahn
Harry Styles’ Red Carpet Looks Have One Thing In Common
By El Hunt
Everything To Know About Taylor Swift’s 10th Studio Album, 'Midnights'
By Grace Wehniainen and Jake Viswanath
Get Even More From Bustle — Sign Up For The Newsletter