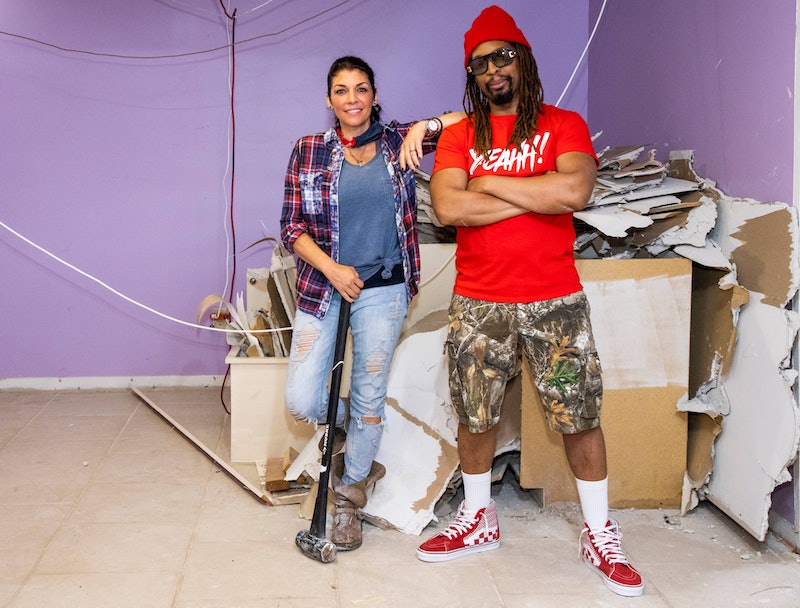 When Lil Jon repeatedly asked “turn down for what?” in 2013, people just broke out into their best choreography. It turns out there was an answer to this question the entire time: HGTV. Lil Jon is heading to HGTV for a new home renovation show — titled Lil Jon Wants To Do What? — to turn homeowners houses into unimaginable projects, the network announced on May 18. These lifestyle brands all really want to branch out, don’t they?

Lil Jon Wants To Do What? will see the rapper team up with designer and expert builder Anitra Mecadon to persuade skeptical homeowners to renovate their home in the loudest and most unimaginable ways possible. According to a press release obtained by Bustle, his “undaunted team” can make any of his seemingly unrealistic ideas into a reality — or to put it more clearly, the crew just says “Yeah, yeah” to all his renovation demands.

“I love walking into someone’s house and turning it upside down,” Lil Jon said. “When people hear my name, they automatically think … fun! That same energy goes for my designs as well. I don’t love following design trends — I would rather be the trendsetter.” I mean, he did help start the trend of diamond grills, so he’s got a point.

“Lil Jon Wants To Do What? is one example of upcoming shows that have all of us rubbing our hands together with excitement,” HGTV president Jane Latman said in a statement. “Who doesn’t want to see Lil Jon’s creative talent traverse the world of hip-hop into the world of home renovation?”

The New York Times actually teased the idea of Lil Jon’s HGTV show back in March, when it had the working title of Torn Down For What (yes, they thought of it before you did). Now, it’s being developed into a full-fledged series under its new name, with a slated premiere date of summer 2021. The show will likely also stream on HGTV’s streaming platform Discovery+.

From the windows to the wall, Lil Jon can apparently tear down ’em all.