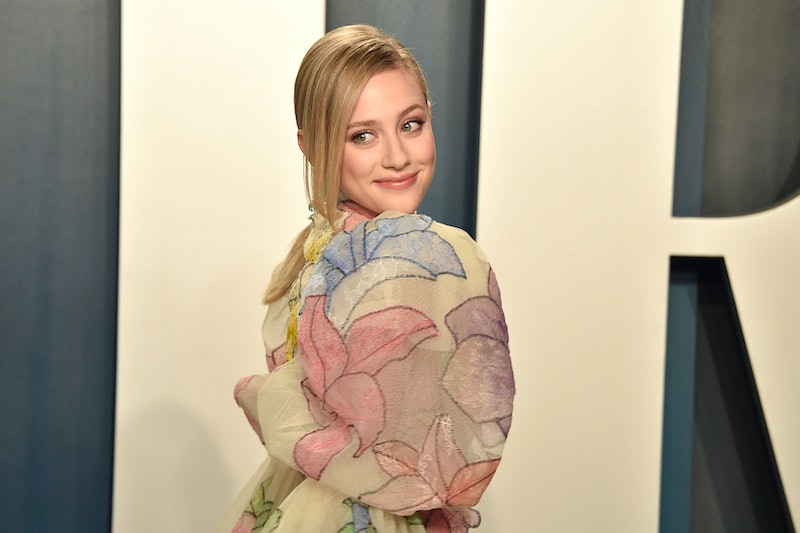 Though she normally refrains from speaking about her personal life, Lili Reinhart seemingly addressed her breakup with Cole Sprouse for the first time in a recent interview. Speaking to Refinery29, Reinhart chatted about her role as a high school teen dealing with a painful breakup and the loss of a friend in her upcoming film, Chemical Hearts, and opened up about her own heartbreak and depression.

Riverdale co-stars Reinhart and Sprouse reportedly split in May after three years of dating, though neither have commented on the breakup. In her new interview, however, Reinhart seemingly referenced her newly single status. Saying that the last few months have probably been the "most emotional few months of my entire life," she recounted an anecdote her therapist told her about leaving a longterm relationship. "My therapist [told] me, ‘Your body's going through withdrawal from love,’” Reinhart said. “‘You're used to having this exchange of happy chemicals between you and the person that you're with.’ In moments of my life, I have dropped every ounce of pride that I had just to be like, Love me. Please take the pain away for a day, a second, an hour, just so I can feel that fix again.'"

The actor also opened up about her mental health, saying that recently, she had been feeling like she was in a “black tunnel that was never going to end.” The actor told Refinery29, “I couldn't see the light. I was like, I feel like I'm dying. It was f*cking rough, and there's no other way through it than just through it.” While a lot of people deal with the heartache and grief or mental illness by trying to fill the sudden, empty void “with sex, with coke, with food,” or alcohol, Reinhart said, she maintains that “the void is still there.” So, for her part, the actor “took the road less traveled and just dealt with my sh*t. I had to face my own pain head-on.”

Reinhart's quotes may have seemed to be about her reported split from Sprouse, but the actor later took to Twitter to set the record straight. "Quotes taken from my most recent interview are not about a 'breakup,'" she wrote hours after the Refinery29 profile was published. "They are about the depression I've felt over these last few months." She continued, stating that she would "never speak so candidly about something as personal as a breakup. That's incredibly private. I was addressing my depression."

Editor's note: This post and headline has been updated to reflect Reinhart’s latest comments.

This article was originally published on Aug. 18, 2020