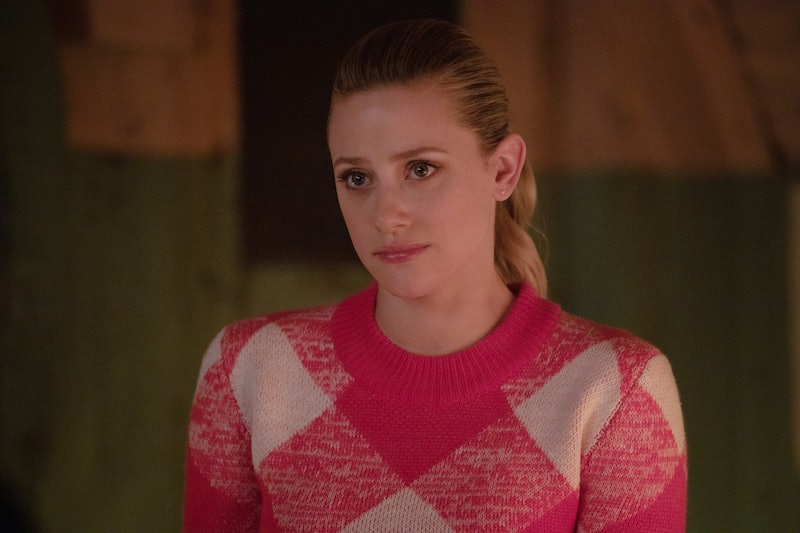 It's been awhile since fans have heard from their favorite Riverdale residents, but that's all going to change soon enough. Lili Reinhart dished on Riverdale Season 5 while chatting with Jimmy Fallon on Tuesday, Aug. 18, and she dropped some major bombshells. Like many other TV series, Riverdale production on Season 4 had to be shutdown due to the coronavirus, cutting the season short. But now, Reinhart said they are finally returning to filming, while taking necessary health and safety precautions.

"We're about to go back in a couple of days to start — well, I have to quarantine for two weeks — but then we're starting our Season 5," she told Fallon during an appearance on The Tonight Show. Not only will the cast and crew get started on the new season, but they also still have to wrap up Season 4. According to Reinhart, they had "two-and-a-half episodes left," meaning they had to stop filming in the middle of an episode. "So when we go back, we have to finish three days of one episode that we were filming in March."

But the real tea was spilt when Reinhart opened up about the Riverdale time jump. Showrunner Roberto Aguirre-Sacasa first teased that the show would fast forward a bit in an interview with Entertainment Tonight back in May, in which he said he wanted to bypass college and show Archie, Veronica, Betty, and Jughead as adults. "We’re trying to figure out if we are doing a time jump, how quickly we can do it — and you know, my instinct is as quick as possible after we finish up the stories from Season 4," Aguirre-Sacasa said.

Well, Reinhart revealed that's exactly what's happening, but the time jump is much more significant than some viewers probably thought. "Season 5 we're actually doing, I believe, a seven-year time jump into the future so we're not going to be teenagers anymore," she dished. "I'm really psyched about it. I think it'll be nice to play an adult. But I also really appreciate that Roberto, our showrunner, was like, 'Yeah, let's revamp.' You know, we're not just stuck in high school for seven seasons." Viewers can also expect to see senior prom in the Season 5 premiere, Aguirre-Sacasa told TVLine in May, suggesting that the time jump will put Jughead, Betty, Archie, and Veronica at 25 years old.

But first, they have to wrap up Senior Prom! The showrunner revealed on Instagram that the first episode back would be "Prom Night," an episode originally slated for Season 4. Sharing a photo of Cheryl and Toni looking all glammed up, he wrote, "Rest assured, ALL the queens will be reigning SUPREMELY next season."

There's still a lot unknown about Season 5, but a lot sure can happen in seven years. It'll be interesting to see how the Riverdale gang has changed once the drama returns. A Season 5 premiere date hasn't been announced yet.