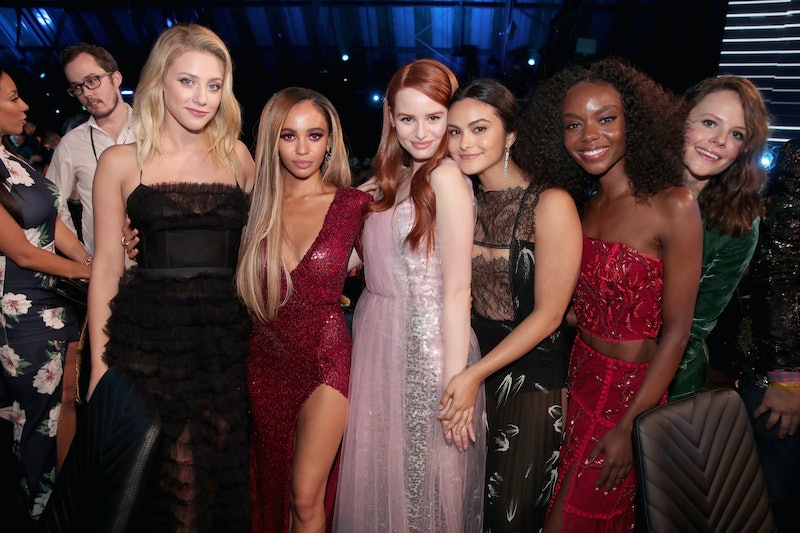 After actor Vanessa Morgan suggested that the show sidelined its Black characters in May, Riverdale creator Roberto Aguirre-Sacasa called the entire cast to discuss the claims, according to star Lili Reinhart. Reinhart, who plays Betty Cooper in the hit CW series, spoke about the cast's reaction to Morgan's claims in a recent interview promoting her new film, Chemical Hearts. According to the actor, Aguirre-Sacasa contacted the cast after he issued a public apology to Morgan and pledged to “do better to honor” her and her character, Toni Topaz, as well as the rest of the show’s “actors and characters of color.”

According to Reinhart, the showrunner called the cast to “make sure we all felt comfortable." She continued, telling The Los Angeles Times, “I mean, the show historically has been pretty white. Roberto is very conscious of it now to make sure that that doesn’t happen again and Vanessa doesn’t feel that she’s put in that position again.” On how the moment will inform her own work in the future, Reinhart added, “I feel as a producer now moving forward how important it is that I’m not stereotyping, stereocasting anything — really making sure I’m going out of my way to do right by Black people, by transgender people, by people who don’t look like me.”

This isn't the first time Reinhart has supported her co-star. In late May, Morgan called out the show for sidelining Black characters after a Twitter user wrote in a now-deleted tweet that actor Ashleigh Murray, who played Josie in the series, was written off for being a “diva.” Morgan followed up with a second tweet that said she was “tired of how Black people are portrayed in the media,” as well as Black actors being relegated to non-dimensional sidekicks to their white counterparts. Morgan also claimed she was paid less than her white co-stars. At the time, Reinhart expressed support and tweeted, “We love you, V. And support you 10000%.”

In her LA Times interview, Reinhart also got candid about body positivity on Riverdale and why she agreed to film in her underwear last season despite her insecurities. “I don’t have the CW girl body: tiny waist, nice-shaped legs, skinny, small, tiny,” she said. “I had to do a bra and underwear scene… and I felt really insecure about it. I really, really didn’t want to do it. I didn’t tell anyone this.” While she made clear that she “wasn’t pressured into doing it,” she pushed herself because she wanted to set an example for other women who watch the show.

“[T]his is where it gets complicated. I can’t preach body positivity if I don’t practice it,” Reinhart said. “So even if I’m not feeling amazing about my body, I felt it was important for me to do the scene anyway... so people could see my body as it was. I did it for the people who feel like they need to look a certain way.”

More like this
'The Queen’s Gambit' Season 2 Tweet Wasn’t From Anya Taylor-Joy
By Mary Kate McGrath, Jack Irvin and Grace Wehniainen
Netflix Shut Down 'Bridgerton' S3 Rumours About A “Very Dark” Storyline
By Bustle
Melanie Lynskey Plays A “Ruthless Leader” In 'The Last Of Us'
By Brad Witter
Pedro Pascal Barely Got Through The "Lisa From Temecula" 'SNL' Sketch
By Stephanie Topacio Long
Get Even More From Bustle — Sign Up For The Newsletter
From hair trends to relationship advice, our daily newsletter has everything you need to sound like a person who’s on TikTok, even if you aren’t.