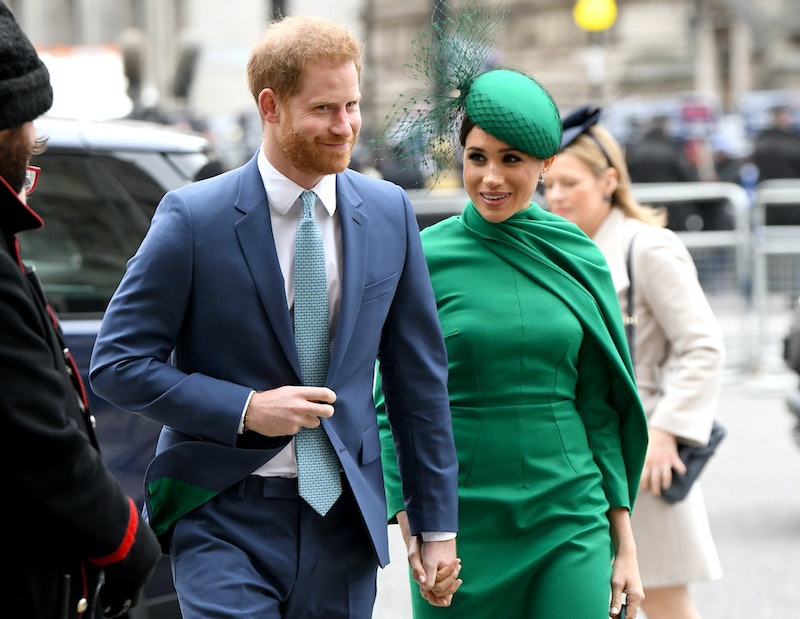 Prince Harry and Meghan Markle welcomed their second child on June 4 of this year, and the royal family website has now been updated to include information about Lilibet “Lili” Diana Mountbatten-Windsor, including where she falls in the line of succession.

The Duke and Duchess of Sussex’s daughter — the Queen’s first American-born great-grandchild — is listed as eighth in line to the throne after her big brother Archie.

The line of succession now appears as:

Prince Andrew, The Duke Of York has now been moved to ninth, followed by his daughters Princess Beatrice and Princess Eugenie in tenth and eleventh place, respectively.

Similarly to children of Princess Anne, Prince Edward, and Princess Eugenie, both Archie and Lilibet are listed without royal titles.

Back in March, Meghan explained to Oprah Winfrey how she and Harry would let their children make their own choices about their titles. She said: “Even though I have a lot of clarity of what comes with the titles good and bad... that is their birthright to then make a choice.”

While Harry and Meghan may have moved to the States permanently, they reportedly “still have pretty traditional plans for Lilibet’s christening.” As The Daily Mail reports, Harry made his “intentions clear” about the christening back in July when he was in the UK to unveil Princess Diana’s statue.

“Harry told several people that they want to have Lili christened in Windsor, just like her brother,” a source told The Daily Mail, “They are happy to wait until circumstances allow.”

Harry and Meghan have yet to share a photo of their new arrival, however, they confirmed the birth on the Archewell website last month.