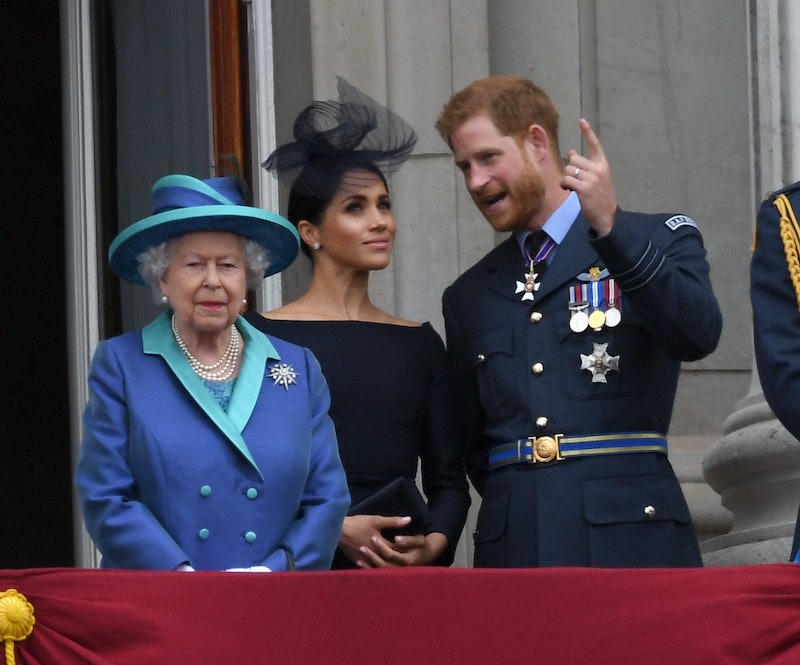 Prince Harry and Meghan Markle may have moved to the States permanently, but it’s been reported that they still have pretty traditional plans for Lilibet’s christening. The couple confirmed the birth of their second child on June 6. Unlike her brother Archie, Lilibet was born in the U.S. but will she have a royal christening?

When Prince Harry returned to the UK in July 2021 it was reported that he made his “intentions clear” as to where he’d like his daughter to be christened. He’d come back from the States to join the Duke of Cambridge in unveiling a statue of their mother, Princess Diana on what would have been her 60th birthday.

“Harry told several people that they want to have Lili christened in Windsor, just like her brother,” a source told The Daily Mail, “They are happy to wait until circumstances allow.”

However, it has since been reported that Lilibet’s christening will not take place in the UK, and the couple’s second child could instead be baptised into the Episcopal Church of the United States in California.

Speaking to the Telegraph, one palace insider claimed that it was “highly unlikely” that Lilibet will be christened in the UK. While another source commented: “There will not be a christening in the UK. It is not happening.”

Per Metro, the decision would mean that Lilibet wouldn’t automatically become a member of the Church of England. However, she could eventually decide to join the church down the line.

Speaking to The Express, royal commentator Richard Fitzwilliams echoed the palace insider’s claims, sharing his belief that Windsor Castle may be off the cards – and that Lilibet may not have a christening in the UK. “The Sussexes were emphatic that they intended to do things their own way, and so it has proved,” he suggested. “It seems certain that her christening will be in Meghan’s home state, and with the secrecy but without the controversy that surrounded Archie’s christening.”

Although speculation surrounding the whereabouts of Lilibet’s christening has gone into overdrive among royal spectators, representatives for the Duke and Duchess of Sussex stated in October 2021 that plans for the christening are yet to be finalised, and any reports suggesting otherwise are pure “speculation.”

In contrast to more recent reports, The Sun published on Sept. 4 that Prince Harry and Meghan Markle had reached out to the Queen to organise a visit so that she could meet her four-month-old great-granddaughter. The Sun also wrote that the couple is still planning Lilibet’s christening, with Windsor Castle being a possible location.

While Archie was christened when he was two months old, Elle explains that the restrictions and uncertainty of the last few months could be why there’s been no confirmation of when Lilibet will be christened. Traditionally, royal babies are christened following the Holy Baptism of the Church of England, but there’s no age limit on when the ceremony can happen. In the past, baptisms have taken place at Buckingham Palace, Windsor Castle, and St. Mary Magdalene Church in Sandringham.

If Lilibet were to have a royal christening in the UK, then it would make sense that it would take place at Windsor. In July 2019, Archie was christened in the private chapel at Windsor Castle. On the day of his christening, the Sussex Instagram page shared a picture of the couple with baby Archie, the Duke and Duchess of Cornwall, Meghan’s mother Doria Ragland, the Duke and Duchess of Cambridge, and Princess Diana’s sisters, Lady Jane Fellowes and Lady Sarah McCorquodale.

The caption read: “The Duke and Duchess of Sussex are so happy to share the joy of this day with members of the public who have been incredibly supportive since the birth of their son. They thank you for your kindness in welcoming their firstborn and celebrating this special moment.”

Windsor is also where Prince Harry and Meghan got married, and within the grounds is Frogmore Cottage – the first home that the couple shared as newlyweds, and the home that they brought Archie to when he was born.

This article was originally published on July 20, 2021