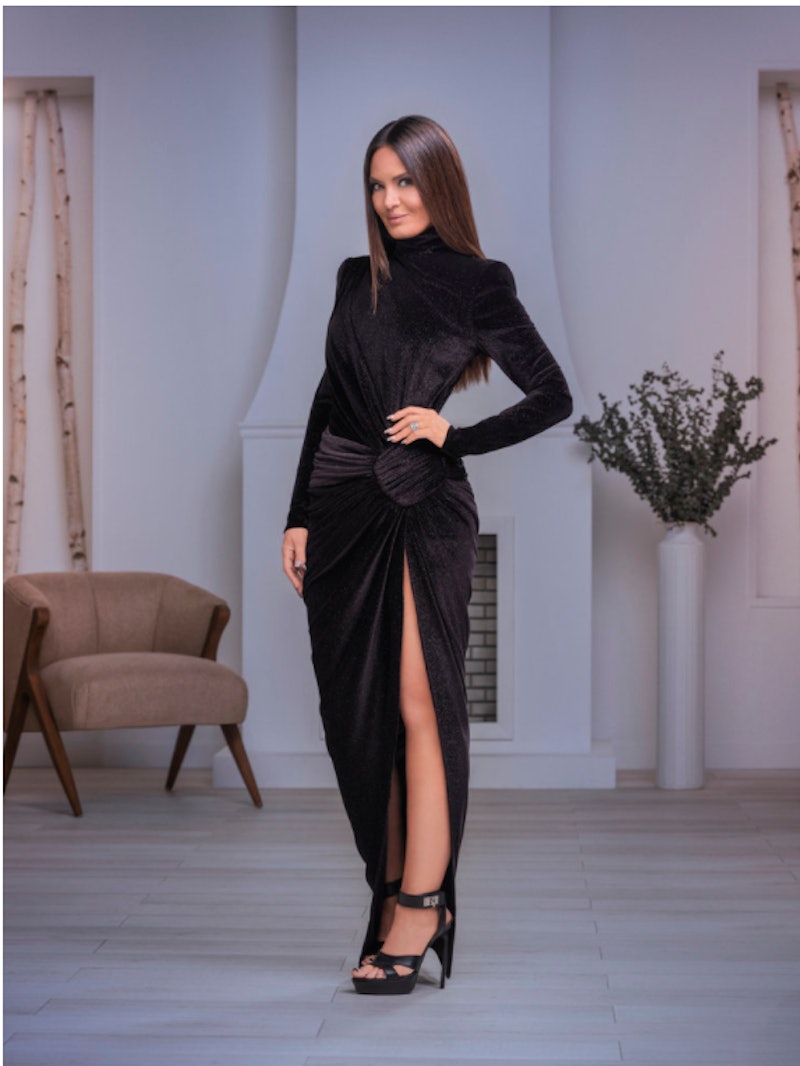 Real Housewives of Salt Lake City cast member Lisa Barlow definitely isn't your typical Mormon — she owns a tequila company, after all — but that's how she likes it. "I just feel like as I've gotten older and have my own family, that I feel like ‘Mormon 2.0’ best fits me. I love our religion, but I also love our business, too," she recently told the Today show.

Lisa's been living in Utah for over 20 years, and she, her husband, and two sons split their time between Salt Lake City and Park City. Already, her presence is sparking some drama. You see, Lisa has a history with some of the cast. She attended Brigham Young University with Heather Gay (though she has already denied knowing Heather during their time in college) and has been close friends with Meredith Marks for years, so you know that'll make for an interesting cast dynamic. Before you get hooked on the new show, here's everything you need to know about Lisa.

Lisa's family converted to the Church of Jesus Christ of Latter-day Saints when she was a child and was raised as a practicing Mormon. But these days, Lisa considers herself "Mormon 2.0." Although she loves her church and her community, she doesn't adhere to some of the more traditional Mormon practices. "When you think about the Mormon church there's like a laundry list of things that they don't ever do. Which basically makes you perfect, and I am far from perfect," Lisa said during an interview with Us Weekly. "I just do Mormonism my way."

Lisa is truly a multi-hyphenate entrepreneur with businesses across a number of industries. Currently, she owns the LUXE marketing company and runs various businesses, including VIDA tequila and Fresh Wolf, which sells luxury grooming products for men.

As you can tell, Lisa offers a different perspective on the church and will definitely showcase her family and many business ventures during her time on the show.