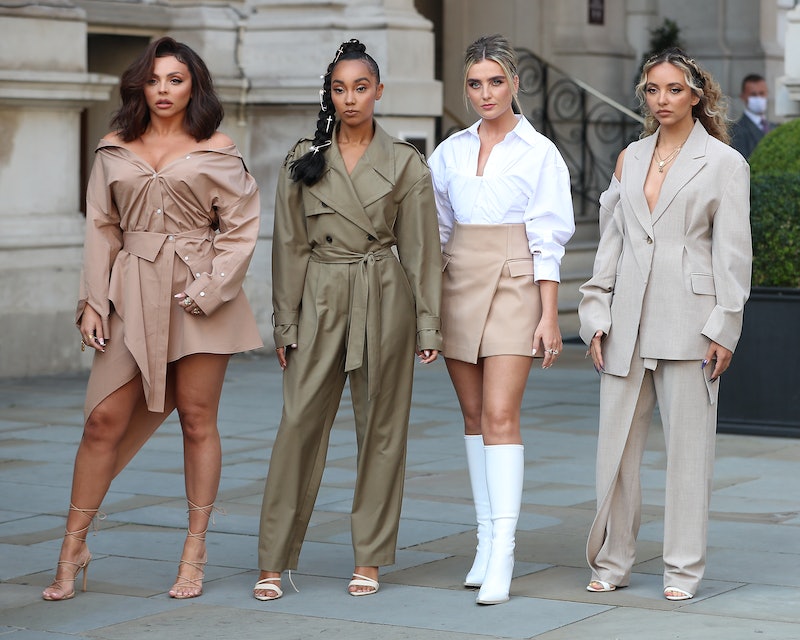 With hits like “Shoutout To My Ex” and “Power,” Little Mix are in no shortage of empowering anthems that make you feel great about yourself. The girls always look like they’re having an awesome time on stage but Little Mix's reaction to Jesy Nelson crying during their Radio 1 Live Lounge set proves they're always there for one another when times are tough too. Later Nelson opened up that she’d had a panic attack on stage and, as Leigh-Anne Pinnock and Jade Thirlwall comforted her, Perrie Edwards took up her part. The quartet are clearly incredibly close and have been through a lot over the last nine years – and this isn’t the first time they’ve backed each other on stage.

On Sept. 15 Little Mix joined Clara Amfo to perform on the Radio 1 Live Lounge stage. They planned on performing their new track “Holiday” as well as doing a moving cover of Harry Styles’ “Falling.” After they performed their first track, fans saw that Nelson became upset. Perrie Edwards, Jade Thirlwall, and Leigh-Anne Pinnock came to her side and comforted her as the live stream cut to a different song.

Nelson has been really open about her struggle with anxiety and later on in an Instagram post she revealed to fans that she’s had a panic attack. She wrote, “So my nerves got the better of me today and I had a panic attack right before we were about to sing this for Live Lounge today and like a pro @perrieedwards jumped in for my part last minute and smashed it. This is what we originally did in rehearsals.”

She shared a clip of the girls singing “Falling” and followers sent them so much love as one wrote, “We love you so much Jesy. You’re so incredible, I’m so proud of you. You sounded FIRE today, I hope you’re feeling well now. Love you.”

It’s so clear that, when it comes to hard times, the Little Mix girls have got each other. This isn't the first time that they’ve stuck together during a tricky performance. In Aug. 2015 Edwards’ engagement to Zayn Malik had broken off. Shortly afterwards, they were performing on the Today Show and when it came to singing “The End” Edwards began to cry. Her bandmates gathered around her immediately, sheltering her from the crowd and comforting her. Nelson told their fans “It's been a long day, we've had no sleep."

So many of Little Mix’s lyrics are about standing behind one another and they definitely practice what they preach. Whether it’s behind closed doors or on stage, they’re always there for one another.