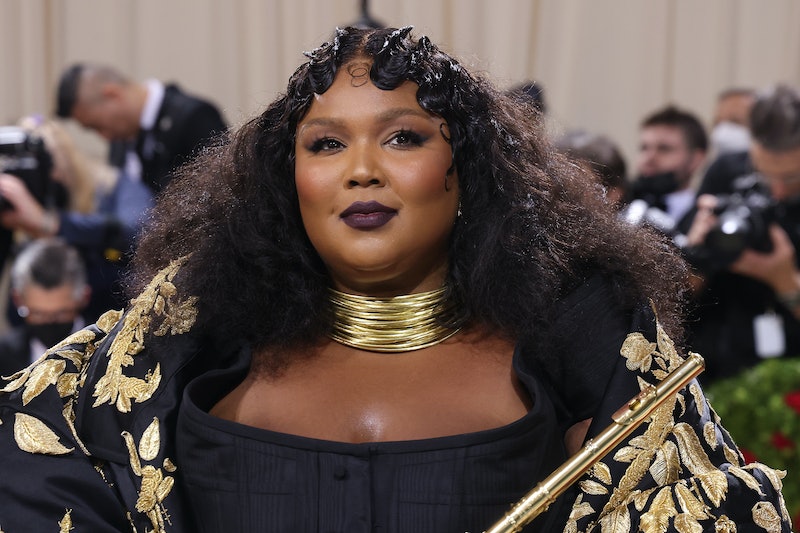 In the hours following the U.S. Supreme Court’s decision to overturn Roe v. Wade on June 24, Lizzo stepped up to support abortion rights. Tweeting about her plan to donate $500,000 of proceeds from her upcoming fall The Special Tour to Planned Parenthood and the National Network of Abortion Funds (NNAF), the “About Damn Time” singer announced that tour partner Live Nation was matching her pledge “to make it 1 MILLION dollars” in total for the organizations.

In a separate tweet on June 24, the three-time Grammy winner also shared steps her followers can take, including donating, signing the Bans Off Our Bodies petition, and volunteering. “The most important thing is action & loud voices,” Lizzo wrote in yet another tweet that day, noting that abortion rights groups “will need funding to continue offering services to people who are most harmed by this ban.” She reminded followers that certain groups are more vulnerable than others, writing, “Black women & women of color have historically had disproportionately less access to family planning resources— this is a great loss but not a new one.”

Confirming their contribution on social media, Live Nation tweeted that they “stand with women” and laid out steps they’re taking to assist employees, including covering travel expenses for those seeking reproductive-health services outside their home state, covering bail expenses for any employee arrested while peacefully protesting, and working on initiatives to support voter registration and turnout. Live Nation joins several other entertainment companies — including Netflix, Walt Disney, Sony Pictures, and Paramount — pledging to support employees in similar ways, per the Los Angeles Times.

Meanwhile, Lizzo is one member of a chorus of celebrities and public figures to speak out in the wake of the Supreme Court ruling, which revoked federal protections for abortion. In a June 24 statement, former First Lady Michelle Obama condemned the ruling, writing that she is “heartbroken” by the “horrifying” decision. “Yes, I am heartbroken — for the teenage girl, full of zest and promise, who won’t be able to finish school or live the life she wants because her state controls her reproductive decisions; for the mother of a nonviable pregnancy who is forced to bring that pregnancy to term; for the parents watching their child’s future evaporate before their very eyes; for the health care workers who can no longer help them without risking jail time,” Obama shared, in part.

Reposting the former FLOTUS’ message, Taylor Swift tweeted, “I’m absolutely terrified that this is where we are — that after so many decades of people fighting for women’s rights to their own bodies, today’s decision has stripped us of that.”

In the wake of the ruling, other celebrities, such as Cheryl Burke, Meadow Walker, and Rita Moreno, have come forward to share their own abortion stories. Speaking to Variety on June 24, Moreno reflected on her botched abortion experience after becoming pregnant with Marlon Brando’s baby prior to the 1973 landmark Roe v. Wade decision. Noting that she “could have died” at the time, the West Side Story Oscar winner added that she can now see women “going back to back alleys” again. “I’m really nervous and frightened and horrified that this is taking place,” Moreno added. “I can’t believe that some of those people are telling us what to do with our bodies.”

The actor added that the “loud mouths are going to have to get busy” now, striking a similar tone to Lizzo’s note that “action & loud voices” are going to be essential in the fight ahead.

More like this
Are John Legend & Kanye West Still Friends? The Singer’s Latest Update Is Candid
By Brad Witter
Twitter Is At Odds Over Taylor Swift’s Possible ‘All Too Well’ Oscar Run
By Brad Witter
Taylor Swift & Her Mom Clap Back Against The “Shake It Off” Plagiarism Lawsuit
By Jake Viswanath
Ashton Kutcher Opens Up About His Battle With Rare Autoimmune Disorder
By Radhika Menon
Get Even More From Bustle — Sign Up For The Newsletter