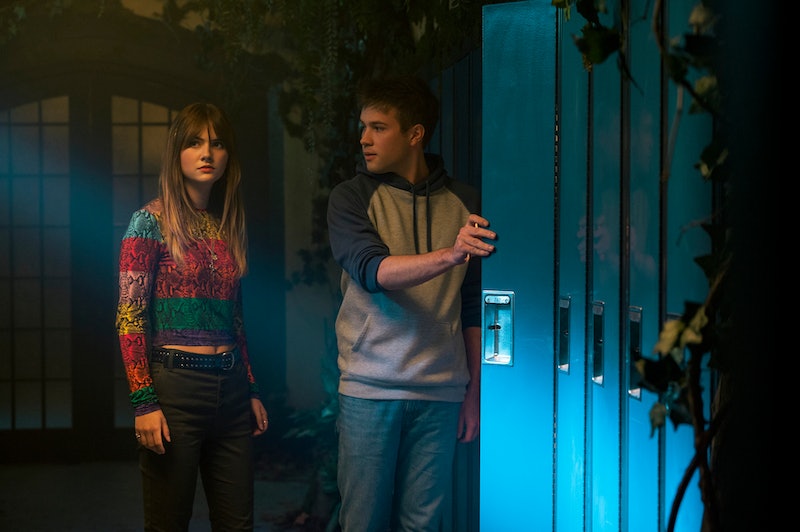 Nearly a year before Locke & Key premiered its second season, Netflix renewed the series for Season 3. “We have some incredible adventures in store for the Locke family in Season 3, and could not be more excited to continue telling our story with our great partners at Netflix,” co-showrunner Carlton Cuse said in a December 2020 statement to Variety.

Based on Joe Hill and Gabriel Rodriguez’s comic book series of the same name, the Massachusetts-set Netflix adaptation centers on Locke siblings Kinsey (Emilia Jones), Tyler (Connor Jessup), and Bode (Jackson Robert Scott), who move with their mother Nina (Darby Stanchfield) to their family’s ancestral home after their father is gruesomely murdered. There, they discover magical keys that give them various powers and special abilities. But danger also awaits: there are various body-snatching demons lurking around the property.

Season 2 debuts on Oct. 22, but Season 3 is already in the bag. Stanchfield revealed in an Aug. 20 Instagram post that Locke & Key Season 3 had wrapped filming, sharing various behind-the-scenes photos and videos from the set. Here’s everything to know about the upcoming third season.

Though Netflix has yet to announce when Season 3 will begin streaming, the fact that it has already been shot means the release date likely isn’t too far away. The more than 20-month gap between the first two seasons was probably due to production delays stemming from the pandemic. Filming for Season 2 reportedly wrapped in April, with the premiere date following about six months later. If the show continues to follow that schedule, fans can expect Season 3 to premiere in early 2022.

It’s safe to say there will be more keys left for the Lockes to discover as the series continues. Cuse and co-showrunner Meredith Averill played coy when Syfy Wire asked which keys will be in Season 3, but noted that there are Easter eggs throughout Season 2. The duo also heavily implied that viewers can expect to see the Animal Key that appeared on the map Mark Cho burned in the first season.

Netflix has yet to debut the trailer for Locke & Key Season 3, but the streamer typically releases a teaser about a month ahead of the season premiere, with a full preview following two weeks later. This post will be updated as more details become available.