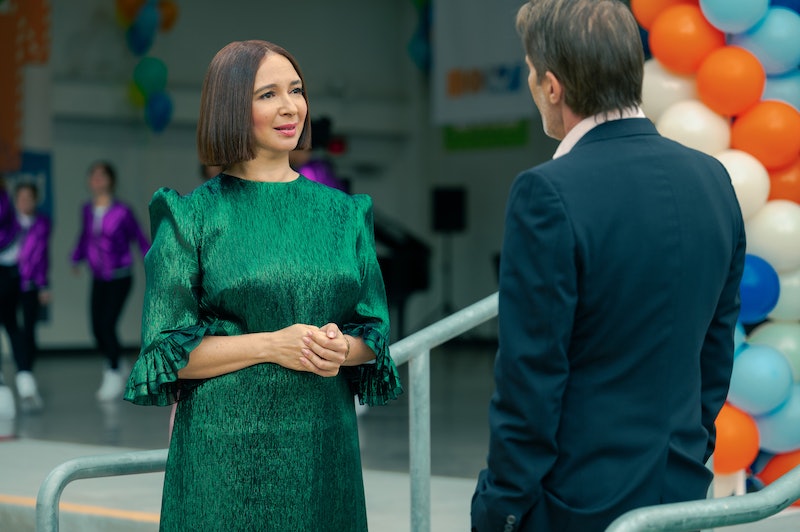 The first season of Loot, the Maya Rudolph-led comedy, is currently blistering its way through Apple TV+. The series follows Rudolph as billionaire Molly Novak, a mogul dealing with public scandal following her husband’s betrayal. She’s at rock bottom when the director of her charitable foundation, Sofia Salinas (MJ Rodriguez), helps Molly fix her quickly deteriorating public image. Sofia’s team of Nicholas (Joel Kim Booster), Arthur (Nat Faxon), and Howard (Ron Funches) attempt to rehabilitate Molly’s image while Molly embarks on a journey of self-discovery. As of yet, it’s unclear how Molly will be able to bounce back in the Season 1 finale. However, rest assured since Loot is coming back for Season 2.

Apple TV+ announced Loot’s renewal midway through its first season on July 11. That’s a good sign for a show when the network confirms another season before the current one ends. According to Variety, the head of programming for Apple TV+, Matt Cherniss, is excited about what Loot offers. “Thanks to Maya, Alan, Matt, and the entire incredibly talented ‘Loot’ cast and creative team who have created a show filled with captivating and endearing characters, and hilarious and heartwarming moments throughout each episode,” he said. “This show has captured the hearts of global audiences, and we can’t wait for season two.”

Loot Season 2 does not have an official release date yet. Since the show was recently renewed, it may be some time before we know when exactly it will return. Factoring in another season’s worth of production, audiences will likely be treated to Season 2 sometime in 2023. While it’s not a bad bet to count on another summer premiere, don’t be too surprised if Loot Season 2 airs closer to fall if production decides to take their time between seasons.

It’s hard to know what the Loot writers' room will have in store for Season 2, but that doesn’t mean we can’t speculate. Given what we know about Season 1 thus far, it’s likely there’ll be some fallout between Molly and Nicholas after she’s unable to make it to his play. Despite Sofia’s plans, there are still significant obstacles when dealing with Molly; it seems no one has faith in the rogue billionaire. The season might also see Jean-Pierre (Olivier Martinez) and Molly’s relationship sour if their water filtration proposal goes south. Lastly, even though Howard broke up with Tanya (Amber Chardae Robinson), they may rekindle things in a future episode.

Maya Rudolph will almost definitely be back as Molly in Season 2; she’s the face, heart, and soul of the show. You can probably expect most of the ensemble to return, including Ron Funches, MJ Rodriguez, Nat Faxon, Joel Kim Booster, and Olivier Martinez. Given their appearances in Season 1, you’ll probably see more of Ainsley (Stephanie Styles) and Rhonda (Meagen Fay). And it wouldn’t be farfetched to see another stretch from Adam Scott as John Novak, given his star power and familiarity with the streaming service.

This post will be updated as more information about Loot Season 2 is announced.

More like this
'Fate: The Winx Saga’s Cliffhanger All But Begs For A Season 3 Renewal
By Brad Witter
Nicola Coughlan Shared A Lady Whistledown Excerpt From ‘Bridgerton’ Season 3
By Grace Wehniainen, Alyssa Lapid and Sam Ramsden
A New 'And Just Like That' Table Read Pic Confirms A Key Character's Return
By Jack Irvin and Grace Wehniainen
Here’s When You Can Expect More ‘Indian Matchmaking’
By Brad Witter
Get Even More From Bustle — Sign Up For The Newsletter