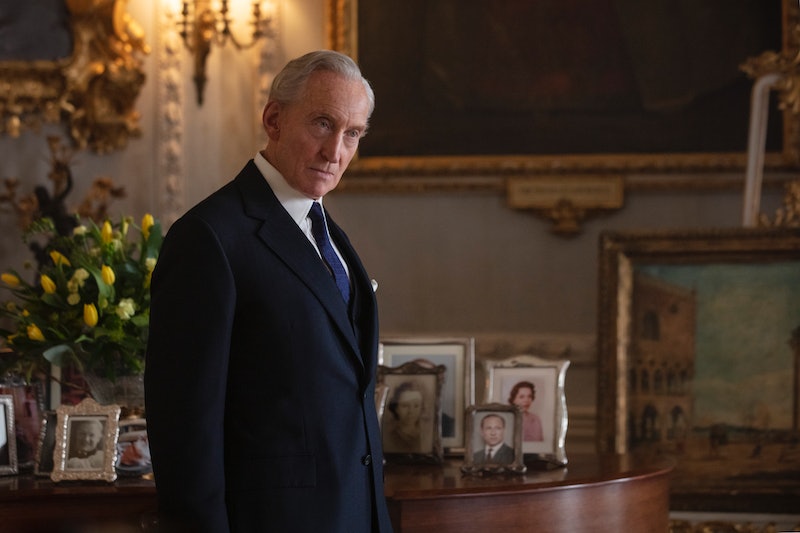 Because The Crown is a historical fiction series — and especially because it's dealing with fairly recent history — character deaths aren't usually that shocking. But Lord Mountbatten's death in The Crown Season 4 feels like an exception. The uncle and cherished mentor of Prince Philip met his end in an extremely violent manner, making his death one of the most tragic and devastating to be depicted in the show.

While he was alive, Lord Mountbatten (AKA Uncle Dickie) was a highly-accomplished naval commander during World War II, and is perhaps best known for his role as Britain's final Viceroy of India. That role saw him accelerate the transfer of the South Asian nation's independence from the United Kingdom, likely avoiding large amounts of violence and bloodshed. By most accounts, Mountbatten lived a hallowed life among royals, with numerous military and diplomatic accolades to his name. He saw untold amounts of war and strife throughout his life and career before being assassinated at the age of 79.

Mountbatten was killed on Aug. 17, 1979 while out fishing with family off the coast of his summer home in Ireland. The house was close to the Northern Ireland border, and the region was experiencing heightened violence at the time due to The Troubles, a three-decade period of violent conflicts in Northern Ireland that lasted from the 1960s until the 1990s.

The conflict was mostly between Protestants descended from English settlers who wished for Northern Ireland to remain a part of the UK and native Irish Catholics who desired to see a united Ireland. The most visible faction on the Catholic side was the Irish Republican Army — or IRA — which saw themselves as a paramilitary group but were labeled a terrorist organization by both the UK and Ireland. The IRA was known for carrying out bombings, and that's exactly how the group killed Mountbatten. The IRA affixed a bomb to Mountbatten's boat the night before his fishing trip and then detonated it once he pulled away from the shore. The blast killed not just the Lord, but also three of the boat's other six passengers, including Mountbatten's teenage grandson Nicholas. After the assassination, the IRA claimed responsibility, saying they killed Mountbatten to bring attention to British citizens about what was going on in Northern Ireland.

Even knowing what's coming, it's a surprising and gruesome sequence of events to watch play out in The Crown, as Mountbatten's loved ones try to come to grips with his sudden death.