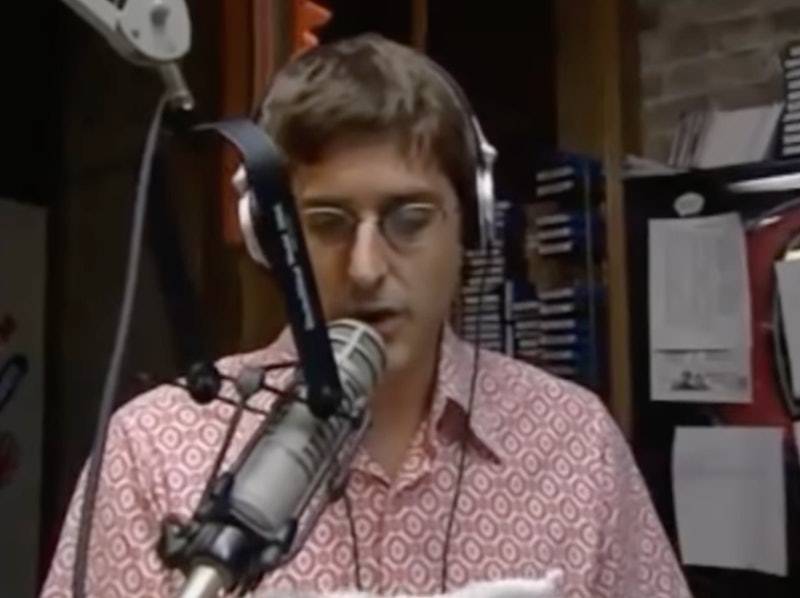 As TikTok users will know, it’s been hard to escape the “My Money Don’t Jiggle, Jiggle” rap as of late. The track first went viral after broadcaster Louis Theroux appeared on an episode of the popular web series Chicken Shop Date with Amelia Dimoldenberg, during which the filmmaker reflected on an original rap song he wrote in an episode of his docu-series, Louis Theroux's Weird Weekends. A remix of the verse later caught the attention of social media users globally. Now, Theroux’s TikTok rap has just hit a major Youtube milestone.

At the time of writing, the remixed track — created by British music producers Duke & Jones — has earned more than 3.9 million Youtube views. This number is likely to grow as the song’s popularity continues to thrive on TikTok, where Duke & Jones’ original viral clip has been viewed 49.5 million times and gained over 6.6 million likes.

“We need this on Spotify because this really is just good,” one fan enthused on Youtube, while another viewer claimed that the auto-tuned clip is “better than 99% of the rap scene.”

The novelty rap’s renewed popularity has inspired one of the biggest TikTok trends of 2022 so far, with the likes of Austin and Marideth Telenko (a popular dancing couple), Diversity’s Perri Kiely, Rita Ora, and the cast of Downton Abbey sharing their take on the “My Money Don’t Jiggle, Jiggle” craze.

Elsewhere, BBC Two released a previously unseen clip of the 2000 docuseries Louis Theroux's Weird Weekends back in 2020, which revealed that Theroux’s trending rap actually had a second verse. “Riding in my Fiat, you really have to see it. I’m six feet two in a compact. No slack, but luckily the seats go back,” the lyrics read.