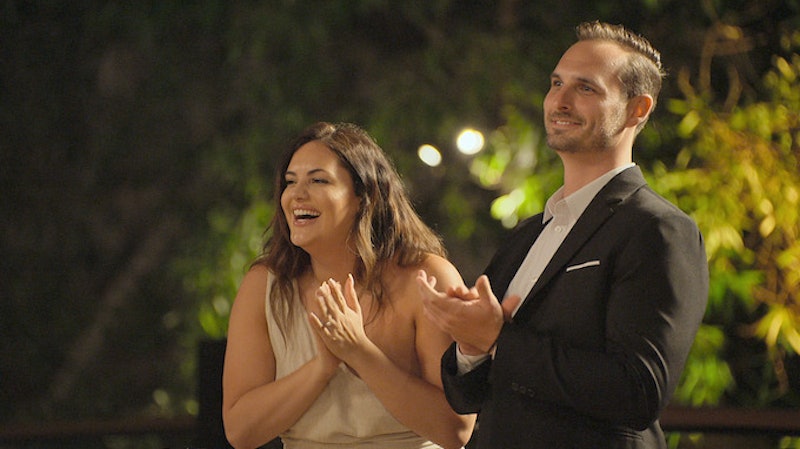 It’s been four months since we first met the contestants-turned-couples of Love Is Blind Season 3 — of course, it’s been more than a year in their world, which means it’s time for another reunion. If you’re a devotee, you likely already know the routine by now. But just in case you need a refresher, here’s everything you need to know about Love Is Blind: After the Altar Season 3, including when to watch and what might go down.

What Will Happen During Love Is Blind: After The Altar Season 3?

According to the official Netflix synopsis, the latest Love Is Blind reunion special will follow the cast in Dallas. They will also attend a “birthday extravaganza” together, similar to how the Season 2 cast assembled for Natalie Lee’s birthday. “A year after the weddings, some old flames have reunited, while others try to navigate next steps in their relationships,” Netflix writes.

It’s not yet clear when, exactly, the new After the Altar special filmed. For reference, last season’s birthday reunion took place in March, within weeks of the Season 2 finale. Depending on timing, it could potentially include Raven Ross and SK Alagbada’s breakup, which was announced in November amid cheating rumors. They pursued a relationship despite not getting married at the end of the show but parted ways for a second time shortly thereafter. At the time, the couple wrote that there were “legal proceedings surrounding these allegations” that precluded them from sharing more information — but perhaps viewers will learn more during the reunion.

When Is The Love Is Blind: After The Altar Season 3 Release Date?

You won’t need to wait too long to catch up with your favorite pod alums. Love Is Blind: After the Altar Season 3 premieres on Feb. 10 and will consist of three 45-minute episodes. Though the main run of Love Is Blind drops in weekly batches, it seems that the new After the Altar special will follow its predecessors and drop all three episodes on the same day.

Who Is In The Love Is Blind: After The Altar Season 3 Cast?