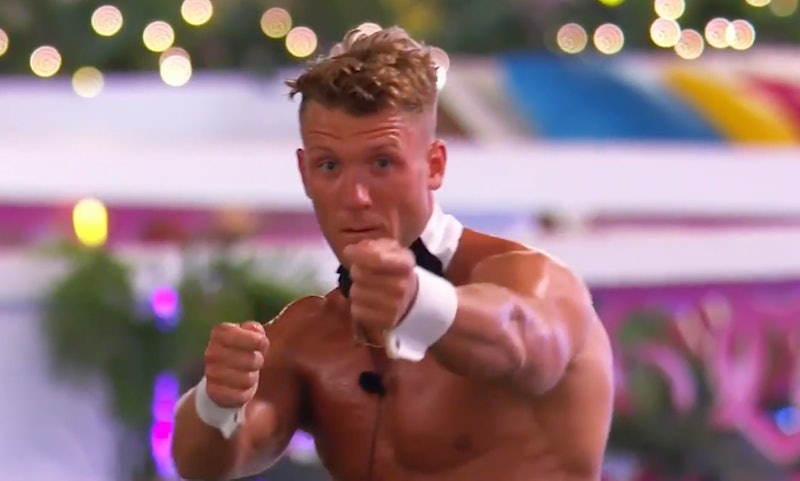 Side eye is being thrown, hips are gyrating, and Google searches for “Ann Summers themed outfits” are going through the roof, which can only mean one thing — Love Island’s heart rate challenge is back! Although the place has turned into Disrespect Island this week, the Islanders rallied together with some moves that would make the Magic Mike crew blush.

Overall, the ladies set the most pulses racing, and Twitter was in agreement that it was a well-deserved victory. But tension mounted as exes Gemma Owen and Jacques O’Neill’s heart rates were raised the most by each other. When O’Neill’s partner Paige Thorne was upset by this, O’Neill called her “pathetic” and fans were not here for it. One user referred to him as a “walking red flag.”

Elsewhere, fans were loving Ekin-Su Cülcüloğlu and Davide Sanclimenti’s dynamic. To some, they’re star-crossed lovers. To others, they have divorced-parent energy. Sanclimenti’s heart rate was raised the most by ex-partner Cülcüloğlu, who producers had dressed in a sexy bridal outfit. Well played, producers. Well-played. Sparks also flew between Danica Taylor and Andrew Le Page. After Taylor secretly pulled Le Page for a chat during the day, his heart rate was then raise the most by her during the challenge. His partner Tasha Ghouri — who, like Taylor, happens to be a professional dancer — was not happy.

Below, a look at the best reactions to the fan-favourite heart rate challenge.

More like this
Fans Are Convinced That 'Love Island's Gemma & Luca Have Secretly Split
By Frances Stewart
A Full Debrief Of Who Follows Who From Love Island – & Who Doesn’t
By Shahed Ezaydi
The Love Island 2022 Reunion Drama, Explained
By Sophie McEvoy
Ekin-Su & Davide’s Next Move Is Confirmed & Involves *A Lot* Of Travel
By El Hunt
Get The Very Best Of Bustle/UK