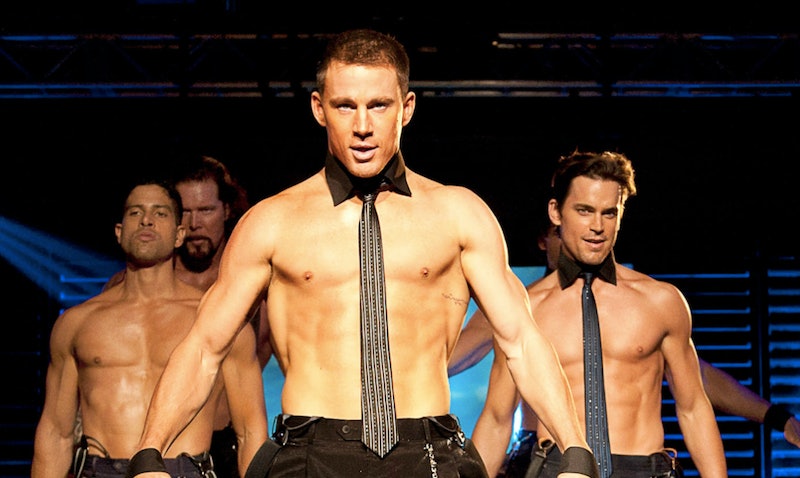 The Magic Mike franchise has been entertaining audiences across the world ever since the groundbreaking release of its first film in 2012. The Magic Mike movie grossed over $167 million on a $7 million budget and led not only to a sequel in 2015 but also a series of live shows in Las Vegas, Berlin, Nashville, and London and a reality competition show.

Now, after a six year wait, star Channing Tatum has confirmed that his eponymous character will be returning to the big screen for one last performance. Tatum, 41, took to social media on Nov. 29 to announce the third film, Magic Mike’s Last Dance, captioning a photo of the script: “Well world, looks like Mike Lane’s tapping back in.”

Although Tatum is set to reprise his role, we’re going to have to hang tight to find out who else will be joining him. The first film also starred Matthew McConaughey, Olivia Munn, Alex Pettyfer and Cody Horn, although none of them returned for the second film. Nevertheless, Magic Mike XXL featured several other Hollywood stars, including Andie MacDowell, Amber Heard, Jada Pinkett Smith, Elizabeth Banks, Donald Glover, and Michael Strahan.

In Magic Mike XXL, Mike is seen coming out of his three-year retirement to pull off a triumphant 4th of July performance. It’s too early to say what the plot of the upcoming film will be, but Tatum said in a recent statement that, “The stripperverse will never be the same.”

This announcement comes eight months after HBO Max announced an unscripted competition show based on the movie called The Real Magic Mike. The show will follow 10 men who have “lost their magic,” per HBO, as they complete a number of tasks to boost their confidence, win cash, and perform live in Vegas.

Tatum is the first to confirm he’ll be reprising his role as Mike Lane.

Steven Soderbergh returns to the director’s chair for the third film after serving as producer and editor of the sequel in 2015. Gregory Jacobs, who directed Magic Mike XXL, is set to act as a producer. It’s clear Tatum is eager to get back into his role, as he said in a statement, “There are no words for how excited I am to blow the doors off of the world of Magic Mike with Steven, Greg, Reid, and the amazing people at HBO Max.”

The third movie will be available on HBO Max for stateside fans but sadly for viewers in the UK, there is no word on how to watch it here yet. However, many HBO titles air on Sky and NOW on the same day as HBO Max, so there’s a glimmer of hope there. We’ve seen this most recently with the iconic Friends reunion special and the SATC sequel series, And Just Like That, which is out on Dec. 9.

In other words, watch this space.