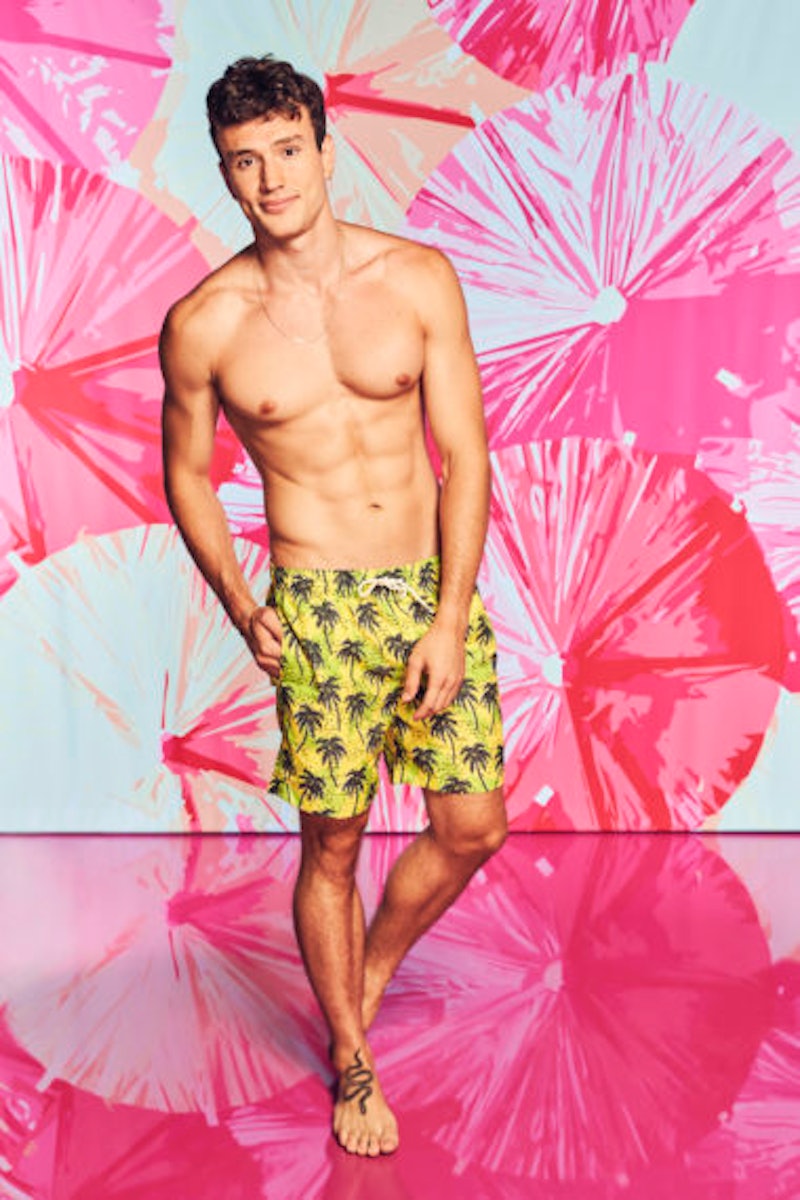 Love Island US is back for Season 3, which means its time for another summer of love and mess. This season, the singles are hunkered down in a Hawaiian villa — the perfect locale to take long walks on the beach, cuddle up to watch the sunset, and potentially split $100,000 with someone they just met a few weeks ago.

One of the new Season 3 islanders is Will Moncada, a Colombian native who jokingly refers to himself as the “sexiest Latin lover you’ve ever met” (but more humbly considers himself as “just a guy with dimples and an accent”). Will moved to the U.S. seven years ago and has since learned English and settled in Los Angeles, but it’s clear his connection to his home and culture remains strong. Unsurprisingly, he doesn’t seem to have much trouble with women. “I’m really confident of what I am, and I know where I’m going,” he says in his promo video for the show. “If I find a good connection, I just go for it.” Let that be a warning to the other male islanders.

Get to know more about the 26-year-old below.

Will lists his official profession as a budtender (a bartender in a marijuana dispensary), but his website also refers to him as a model, actor, entrepreneur, and professional water polo player. In other words, he’s used to wearing plenty of hats. Will’s modeling work has taken him to cities around the world including New York, Paris, and Shanghai, and he’s also worked with brands such as Givenchy, Armani Exchange, and the GAP.

In addition to his work, Will is a vegan who has a passion for surfing and photography. According to his website, he’s an “avid horseman and motorcycle enthusiast”; he even posed with a bike for one of his recent modeling jobs.

Will is also very active on Instagram, where he has 26.5k followers and regularly posts photos, often of himself and his travels. Other posts show Will’s family, some of his vegan meals, and his recent trip to the Bay Area. But if artful photos of beautiful vistas aren’t your thing, Will’s Instagram also contains plenty of shirtless pics — sometimes even photos of him shirtless and in front of beautiful vistas. You have to love a multi-tasker.

What Will’s Looking For On Love Island

When it comes to the kind of woman Will is hoping to meet during his time on the show, he’s pretty open. “I’m looking for a woman who’s down to earth and cares about what’s going on in the world. I think that’s really important — to me, that is more sexy than everything,” he says in his Love Island introduction video. Will also told Parade that he’s looking for a woman who wants to “wake up and explore the world” and is willing to exercise with him.

He does, however, have one big dealbreaker: anyone who treats other people badly. “If we go to a restaurant and we ask for food and we’re having a good time and someone makes a bad comment... about a server.” He adds, “there are no excuses for that.”

So far, the couples that have emerged from previous seasons of Love Island US haven’t had much success in making their relationships work after the show, but perhaps Will will change that. For now, he’s just hopeful that “the gods of Love Island” will be smiling down on him as he searches for love.