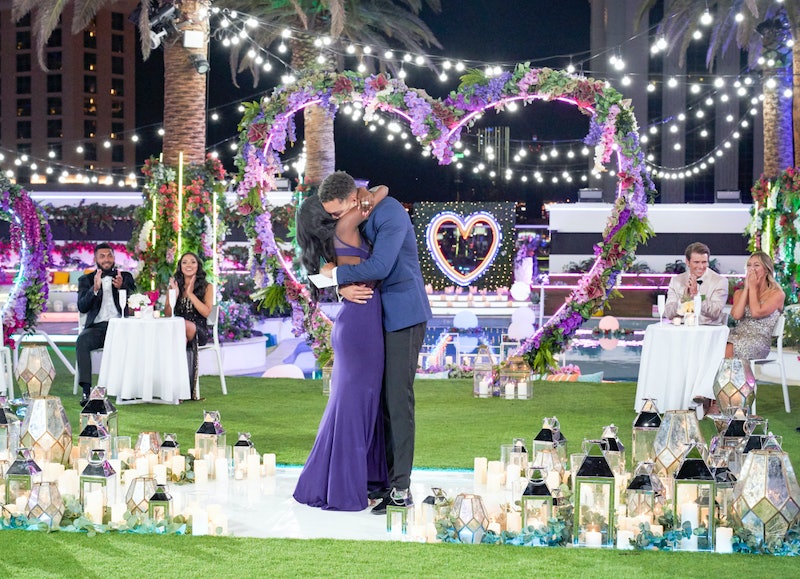 Finally, some good news. America has spoken, and Justine and Caleb are the winners of Love Island Season 2 and a joint prize of $100,000. In typical Love Island fashion, host Arielle Vandenburg gave them a random chance of pulling the prize money envelope from her hands. Caleb scored it and promptly decided to split the cash with Justine.

“No question about it, I wanna split it with my girl,” he said. Upon winning, they were both so emotional that they could hardly speak. “It feels like a dream!" Justine said. “I love this girl!” Caleb exclaimed.

The pair’s victory doesn’t really come as a surprise, considering the self-described “king and queen” have been fan favorites for weeks. Now it’s time for them to build their castle — err, life outside the villa.

Behind them in second place were longtime couple Johnny and Cely, or as they like to call themselves, “Jely.” Vandenburg asked them how it felt to come so close to winning. “They are perfect,” Cely said, referring to Justine and Caleb. “And I’m a winner already, here with this one.” Behind them in third place came Moira and Calvin, and in fourth, Carrington and Laurel.

The final episode of Season 2 was a sentimental one, filled with laughter, tears, and some snazzy formal attire. Each couple reminisced over their journeys, and how they evolved during their six weeks on the show. Now, it's time to see how their relationships fare in the real world.

More like this
Molly-Mae Hague & Tommy Fury Celebrate Pregnancy Reveal In The Sweetest Way
By Sophie McEvoy and Sam Ramsden
The 'Bachelor In Paradise' Schedule Shifts To 4 Hours Every Week After The Season 8 Premiere
By Brad Witter
You Can “Fall In Love” At The Resort Where Bachelor In Paradise Season 8 Was Filmed
By Brad Witter
‘The Ultimatum: Queer Love’ Is Officially On The Way
By Radhika Menon and Kadin Burnett
Get Even More From Bustle — Sign Up For The Newsletter