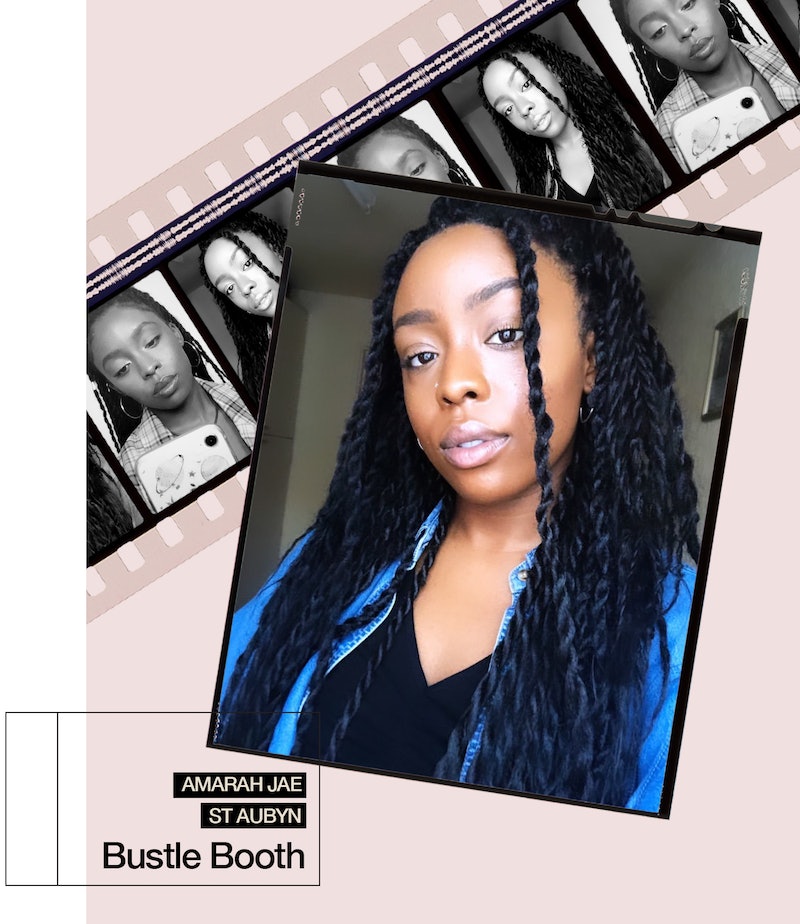 When Amarah-Jae St Aubyn was a child, her mum or dad would take her to Woolworths every weekend to buy a DVD. Once she arrived home with her fresh new purchase, she'd add to it a growing collection that symbolised so much more to her than something to watch on a Saturday night.

"I remember looking up at my shelves, stacked with DVDs, and thinking 'I want to be on someone’s shelf like this one day. I want to be in a film that someone wants to go out on the weekend and pay to see.'"

In the years that followed, the actor and south east London native perfected her craft studying at the Italia Conti performing arts school and the famous BRIT School where she says she had some of the best moments of her life. “It’s where I got to play Santa Claus one moment and the Rabbi in Angels in America the next. I remember one of my teachers saying ‘Enjoy this because this is not the sort of casting you’ll be getting in the real world.’” It’s the place where she learned about bringing her personality to characters in everything from Shakespeare to Harry Potter & The Cursed Child.

This is the skill she used when taking on the role of Martha in Lovers Rock, the second film in Steve McQueen’s Small Axe anthology series celebrating and commemorating the lives and experiences of London’s West Indian community.

Lovers Rock takes its name from a style of reggae renowned for its romanticism. The film, which marks St Aubyn’s first onscreen role, tells the story of two young people who meet and fall in love at a Blues party in 1980s London. “I think the biggest thing I learned from Steve is to trust myself," says St Aubyn. "The fact that this genius is trusting me, this incredible director is trusting me, with his baby! He has a very strong foundation for his vision and he's so open and trusting of his actors.”

Lovers Rock was filmed in just two weeks last September and, to prepare for her screen debut, St Aubyn spoke to her parents about what life was like in the 1980s. “My mum came here when she was nine years old from Jamaica and my dad was involved in the reggae industries and he was a reggae artist," she explains. "So I was so excited talking to them about [Lovers Rock] because it was going to bring me back to my culture, my roots and who I am. It meant so much and it still means so much."

Get to know more about Amarah in her Bustle Booth questionnaire below.

In the summer, I love a coffee almond frappe because it’s super sweet.

“Chaos is what killed the dinosaurs darling” – Heathers

This Is Us & Stranger Things

Does Judge Judy count? Would love to be an audience member or fill in for Byrd one day.

"Piano in the Dark" by Brenda Russel

Watching friends and family overcome some heavy stuff recently and still come out of it stronger than ever. It gives me strength.

She’s a weird girl with a big heart.

Lovers Rock, part of Small Axe, is coming to BBC One and iPlayer on Sunday 22nd November.