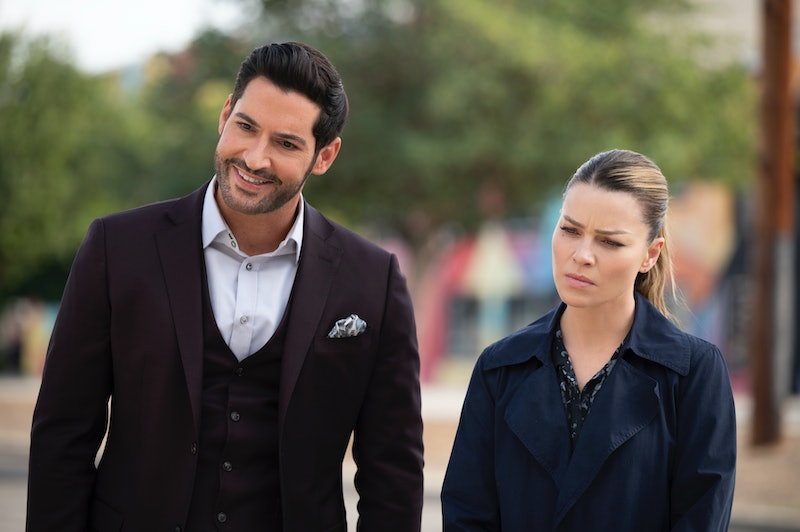 After taking viewers to hell and back (literally), Lucifer is coming to an end. Premiering on Sept. 10, the Netflix show’s sixth and final season sees the titular Lucifer Morningstar preparing to finally take his father’s place on the throne of heaven and start his new job as God. It’s quite the transformation from the character we met at the start of the show: an immature devil who had a laundry list of vices and was having an affair with his therapist.

Because Lucifer showrunners Joe Henderson and Ildy Modrovich were initially expecting the series to end after Season 5, their approach to Season 6 was a bit unusual: instead of writing an entirely new ending, they chose to slow down and expand upon their original ending. “Season 6, partly because of COVID, became a much more intimate season. But also because we knew we had done this kind of splashy Season 5B, with a lot of spectacle, we didn't want to try to top ourselves and just be empty action,” Modrovich told Collider in May. “So we found the more intimate story for all of our characters, and a much more emotional one. We didn't have to scrape to find stories for anybody. We just kind of dug to a deeper level.”

Henderson added somewhat mysteriously: “If you think the Season 5 finale [was big], our Season 6 finale... cost us more. I'll leave that to interpretation.”

In a recent interview with TV Guide, star Tom Ellis talked about what it was like to provide closure to his character in the show’s final season. “I honestly feel like the territory we covered in Season 6 is somewhere we've never been before,” Ellis said. “There was a dynamic that I'd not touched on before and how it echoed Lucifer's feelings of abandonment in the first five seasons. Season 6 holds up because it was an opportunity for every character in their own way to say goodbye properly, and that never really happens.”

Lauren German, who plays Lucifer’s girlfriend Chloe Decker, added that the writers did a “beautiful job bringing everything together” and that there are a lot of different layers for fans to dig into. “Chloe and Lucifer being together and being a team, and what they sacrifice. Maze and Eve. Ella going through her journey. I mean every character has these sort of eye-opening adventures and epiphanies. I think people are going to like how it ends.”

Lucifer writer Chris Rafferty echoed the sentiment in an interview with Script Magazine. “All good things come to an end,” Rafferty said. “My number one goal going into Season 6 was to be mindful of that. And to help the audience find some sense of peace by the time it’s over.”

For fans who aren’t quite ready to let go of the show, there’s good news: Netflix is currently working on a television adaptation of Neil Gaiman’s The Sandman, which will feature Gwendoline Christie as a version of Gaiman’s Lucifer more accurate to the original comics the Netflix show was inspired by. The Sandman series reportedly wrapped filming in August, so it shouldn’t be long before it makes its way to screen.