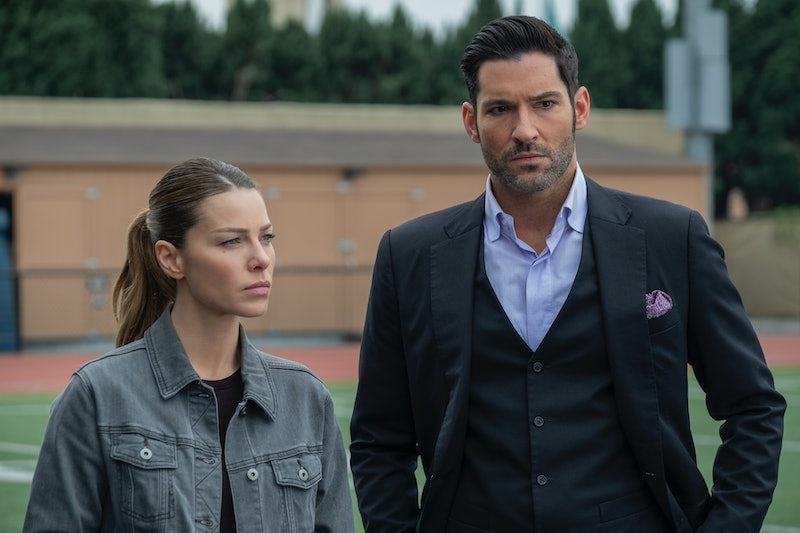 After five seasons set in a fictionalized Los Angeles that is very literally the devil’s playground, Netflix series Lucifer will soon be coming to an end with its sixth and final season.

As a series, Lucifer has had an unusual journey — after being canceled at Fox following Season 3, the series gained new life (and a new viewership) once it was picked up by Netflix for a fourth season. Despite the pandemic interfering with the show’s production schedule, the first part of Season 5 was released in August, and the second part premiered on May 28.

Once fans finish that batch of episodes, here’s everything to know about Season 6 of Lucifer.

Netflix confirmed last June that Lucifer would be returning for what will reportedly be a 10-episode final season. Season 6 started shooting last October, and based on social media posts from the cast, production on the season wrapped sometime around late March 2021. On July 24, the streaming platform revealed that Season 6 of Lucifer will be released on Sept. 10, 2021.

While there was some concern that Tom Ellis (who plays Lucifer) would not return for Season 6 due to contract issues, it was confirmed last May that Ellis had signed on for the sixth and final season. It appears likely that the rest of the Lucifer main cast — which includes Lauren German, Lesley-Ann Brandt, Rachael Harris, Aimee Garcia, Kevin Alejandro, Scarlett Estevez, and DB Woodside — will be returning for Season 6, although that’s still dependent on the events of Season 5B.

In addition to the usual cast, Netflix has announced two new characters who will be joining the cast for Lucifer Season 6. Actress Merrin Dungey (best known for her role on Alias) will play Sonya, “a no-nonsense cop who forms an unlikely bond with Amenadiel,” and Trinkets star Brianna Hildebrand will play the “rebellious and angsty angel” Rory.

The official Season 6 trailer is yet to be released, but Netflix released a teaser clip on July 24 along with the announcement of its release date.

Lucifer was initially intended to end after Season 5, and so when Netflix asked showrunners Joe Henderson and Ildy Modrovich if they had another season in them, they hesitated at first. “[We were] like, ‘No, this is perfect. If we do this, it'll ruin everything!’ Then three days later, you're like, ‘Wait, how could we not have done this?’” Joe Henderson explained in an interview with EW.

Instead of coming up with an extra season’s worth of content and drastically changing the ending to create a Season 6, Henderson and Modrovich decided to expand upon and slow down the ending they had already planned. “It's the story we were always going to tell, but just written much larger and, to me, so much more interestingly, that it breaks my heart to think we weren't [originally] going to do it this way,” Henderson said.

Lucifer Season 6 also promises an in-depth look at many of its beloved characters while closing off their stories. “What makes season six so special is you get a lot of episodes that will focus on one of the characters,” D.B. Woodside explained in an interview with Entertainment Tonight. “So, you're really going to get a chance to see every character in a different light, and to follow them for a special episode.”

More specifically, Season 6 promises to focus on Lucifer’s personal growth and the ways that he’s changed throughout the series. “That’s actually a major theme of what we’re working on in writing Season 6,” said co-executive producer Mike Costa in an interview with Assignment X. “How far Lucifer has come, and how different that he is, and how that reflects on who he used to be.”

More like this
'The Crown' Season 6 Has Suspended Filming "Out Of Respect" For The Queen's Death
By Bustle Staff
The 'Freeridge' Cast Shared Their Hopes For A Potential Season 2
By Grace Wehniainen
Everything To Know About A Potential 'Lockwood & Co.' Season 2
By Gretchen Smail
'That '90s Show' Is Officially Coming Back For Season 2
By Gretchen Smail and Grace Wehniainen
Get Even More From Bustle — Sign Up For The Newsletter
From hair trends to relationship advice, our daily newsletter has everything you need to sound like a person who’s on TikTok, even if you aren’t.

This article was originally published on May 27, 2021