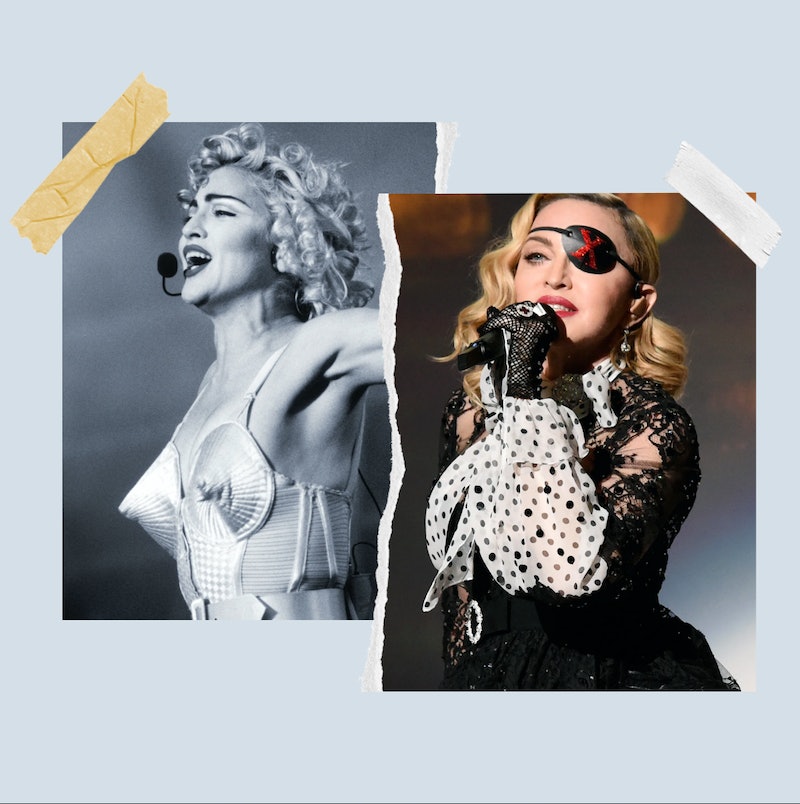 For nearly 40 years, Madonna has been the Queen of Pop. She has broken barriers, championed important causes, challenged what is deemed appropriate for mainstream musicians to wear or say, helped the world embrace a healthy attitude toward sexuality, and released hit after hit. Simply put, there is no one like Madonna, and yet one of her great talents is too often overlooked.

Sure, Madonna is known for her impressive stage presence, her magnetic quality during interviews, and her unforgettable fashion, but what about her songwriting chops? The superstar is credited as a writer on almost everything she’s ever released, which means she is responsible for not just singing the words we can’t get out of our heads, but also for coming up with them.

To celebrate Madge’s 63rd birthday on Aug. 16 (happy birthday, Madonna!), Bustle has compiled the singer-songwriter’s 63 best lyrics that make great Instagram captions. These lines appear across her 14 studio albums, and they encompass everything the world has come to love about the powerhouse performer, from her brash, unapologetic nature to her references about religion, celebrities, and bravery it takes for someone so scrutinized to be honest with the masses.