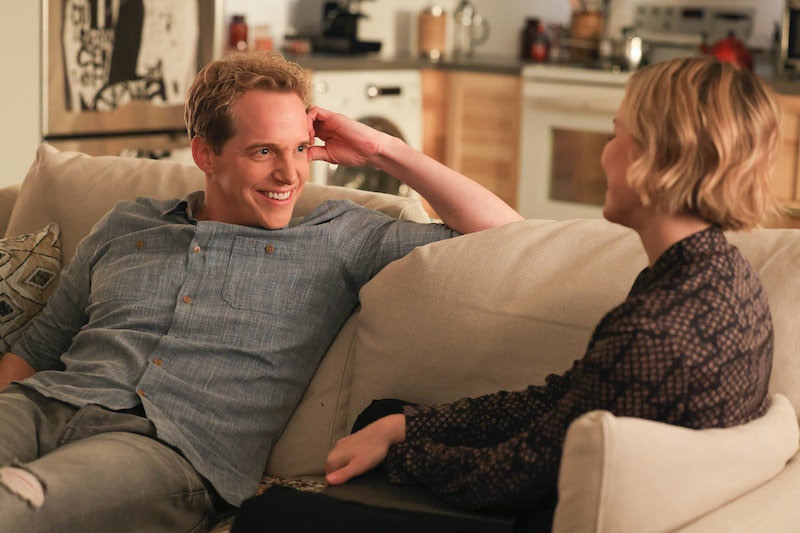 Spoilers ahead for A Million Little Things Season 3, Episode 3. Million Little Things fans wanting a Gary and Maggie reunion are going to have to wait a little longer, because Maggie is currently preoccupied with her British roommate Jamie. Played by You're The Worst star Chris Geere, Jamie initially started on the wrong foot with Maggie after she accidentally convinced his girlfriend to dump him. But as the two began living together and getting to know each other, they developed a deeper bond. And at the end of the third episode, Maggie propositioned him and Jamie was more than happy to oblige.

Maggie's on a new "embrace life, say yes" kick, which is probably why she felt bold enough to attempt to hook up with her roommate —something that could have been really awkward if he wasn't into her. However, Jamie certainly seems like more of a "fun for now" kind of romance than a lasting one like she had with Gary. Jamie is brash and cocky and not at all Maggie's usual type. But per Deadline, he's recurring character through at least the Dec. 17 winter finale, so he's not going anywhere any time soon. And the synopsis for the winter finale says that "Maggie continues her journey in England as she and Jamie grow closer than ever." Judging by that, Jamie will continue to be a factor well into the spring half of Season 3.

Eventually, though, Maggie will come back to America when her fellowship ends, and there's little chance that she and Jamie will try a long distance relationship. He's just not that kind of guy.

In an interview with TV Guide, showrunner DJ Nash called Maggie and Jamie "an odd couple of people who shouldn't be in each other's lives" but who are forced together by circumstance. They certainly have found a way to make things work, but Nash teased that things may pick up again between Gary and Maggie later this season. "Anyone who's Team Maggie and Gary is going to be thrilled with the season because we see them love each other and support each other as much, if not more than, they have in the past," Nash hinted. He added, "Maggie made a promise to herself. This was the year of finding Maggie. Gary loves her so much that he went to the airport to support her journey to do that. That's what we're going to see. And then because we have these incredible writers, they have a way for Maggie and Gary to immediately be thrown into each other like, overnight, very, very fast. Their love and their supporting each other is tested like never before."

So there you have it, #MaGary stans; Maggie may be preoccupied with Jamie for now, but he'll later be just a blip on her radar.