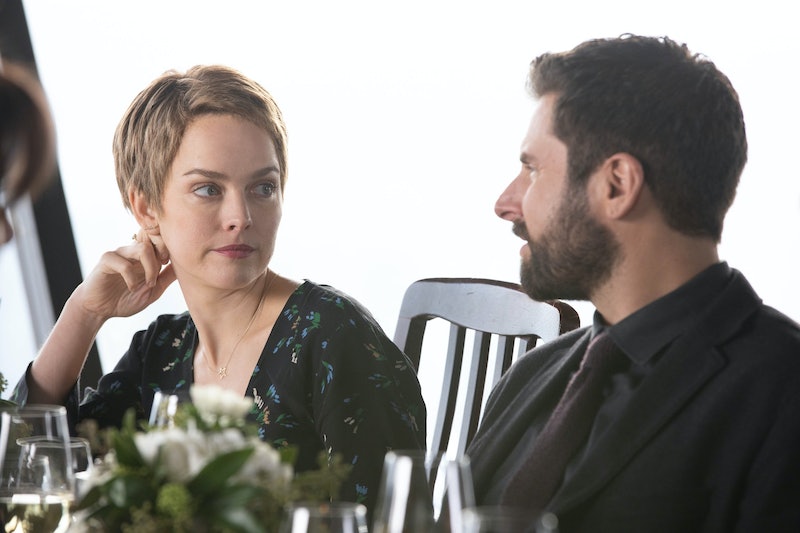 A Million Little Things is back, and Maggie and Gary have never been further apart — literally. Maggie's living in England for her fellowship and Gary is in Boston dating Katherine's friend Darcy. Despite the fact that they both clearly still care about each other, Maggie and Gary have never been able to get the timing right. When he wanted her back, she didn't want him. And by the time she'd come around to dating him again, he said it was too late. That doesn't make it impossible that Maggie and Gary will get back together in Season 3, but any kind of reconciliation is still a ways off.

The promo for the Dec. 3 episode shows Gary hanging up on Maggie after she questions how quickly he's moving with Darcy, and he's clearly chosen her over Maggie for now. "People who are team Darcy are going to be really happy with Gary in this chapter of his life with her right now," showrunner DJ Nash told Deadline in November.

However, #TeamDarcy might not last forever. "There's a moment that happens this season where in an instant Gary is forced back into Maggie's life. And just when you think they’re sort of surviving and doing well separately, they’re put back in each other’s lives; one of them needs the other one, and they turn to each other," Nash said.

He added in an interview with TV Line that fans just need to be "patient." "People hoping for scenes with Maggie and Gary together ... they're coming," Nash confirmed.

Of course, just because they'll be thrown together again doesn't necessarily mean that they'll get back together. But since they're both clearly still concerned about one another, those feelings seem to still be there. Gary was sensitive about not flaunting his relationship with Darcy in front of Maggie when the group FaceTimed with her, and if Maggie's questioning Gary and Darcy's level of commitment, it means she still cares about him. Even if it takes all season, fans will wait it out. Sorry, Darcy.