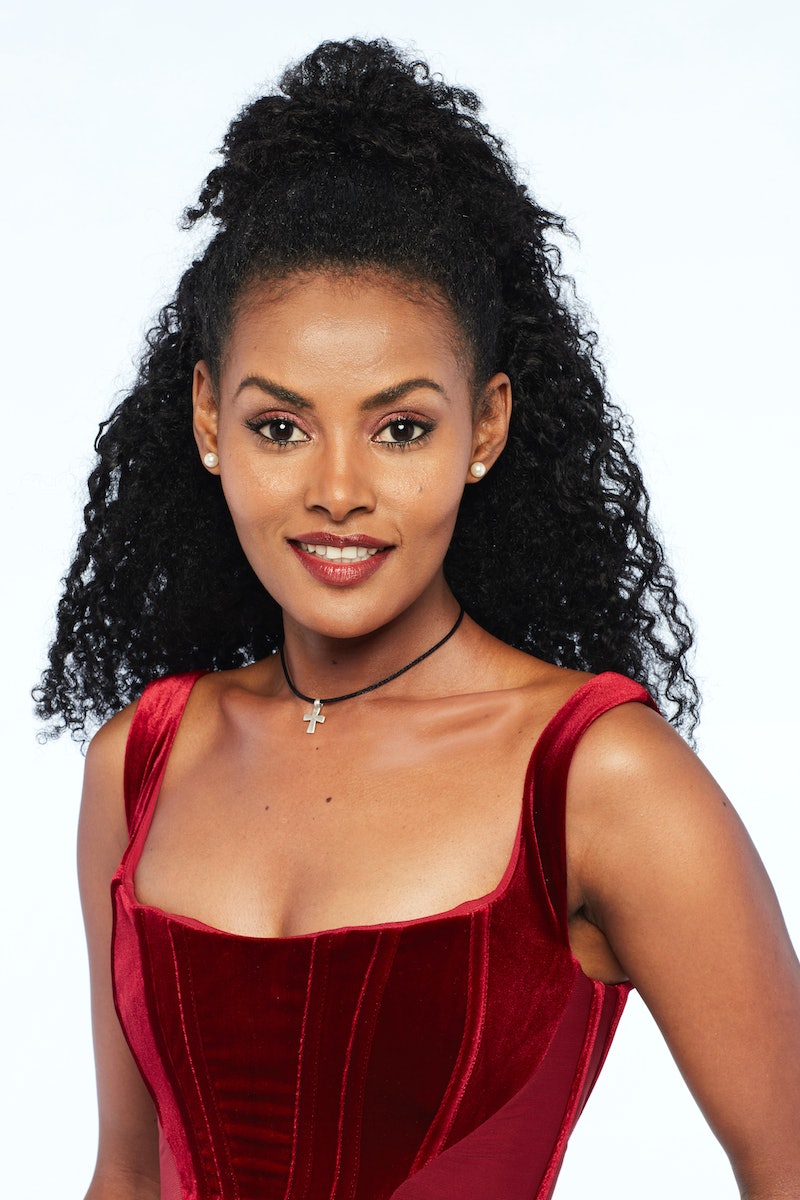 Bachelor fans have spoken, and they would like Magi to win Matt James' season, please. "This is the first time I’ve watched the bachelor and I don’t understand what’s happening or the rules but I would like to stan magi immediately," tweeted one viewer. Added another: "I am a straight, married woman and I am in love with Magi." And yet another simply said, "Magi is the perfect person i-" before trailing off.

Chris Harrison, too, said in a livestream introducing Matt's' contestants that it's "impossible not to love" Magi and that he couldn't "say enough about this beautiful human being." It's unclear how far she'll make it with Matt, but if you'd like to learn more about this sweet angel human, here's everything to know.

Magi, who is 32, moved to the United States from Ethiopia in 2011 after winning a visa lottery. She immediately went to school, earning a doctorate of pharmaceutical sciences and beginning work as a pharmacist and model. She's now represented by The Artist Agency and has appeared in numerous magazine and ad campaigns. How does she make the time to get glammed up for photoshoots after working on the frontlines of a pandemic? The world may never know.

On top of all that, Maggie also runs a non-profit: My Shoes Your Shoes, which she founded in 2014 to provide shoes to girls in underdeveloped countries who walk miles barefoot to school. It's an issue close to Magi's heart, as she walked three miles barefoot to school every day while growing up in an Ethiopian village called Adwa. So far, she and her team have given shoes to over 500 girls and are always accepting donations.

Magi's modeling shots take up the majority of her Instagram feed. She also occasionally shares bible verses and quotes, which is a good sign for her relationship with Matt, considering he kicked off his season with a group prayer.

Lately, Magi has been very outspoken about the war in Tigray, the region of Ethiopia she's from and where her family still lives. Conflict erupted in the area late last year following longstanding tension between Ethiopia’s federal government and authorities in the north; per the Wall Street Journal, hundreds have died while tens of thousands have sought refuge in Sudan. In late November and early December, Magi was unable to reach her family entirely because the state suspended all means of communication.

On Dec. 28, she dedicated a post to those impacted by the war. "2020 has been a tough year for a lot of people, especially the Tigray people in Ethiopia," she wrote. "The past two months have been some of the most difficult times of my life mentally bc of the war in my home, being disconnected from my family, my brother not receiving his medication even though I am a pharmacist and I have access to all that he needs. My heart hurts but I am hoping 2021 brings my people peace and the basics human necessities." The link in her bio currently leads to a GoFundMe for the aid of Tigrayan refugees who are currently fleeing violence.

Through all of it, Magi has maintained her kind spirit. Her ABC bio says that though people often say she's too nice, she "sees her kindness as her biggest strength and knows there is power and resilience behind it." Having a positive outlook helped her get to where she is today, and she wants to lead by example so that other people — particularly young Ethiopian women — know that they can do anything they set their minds to.