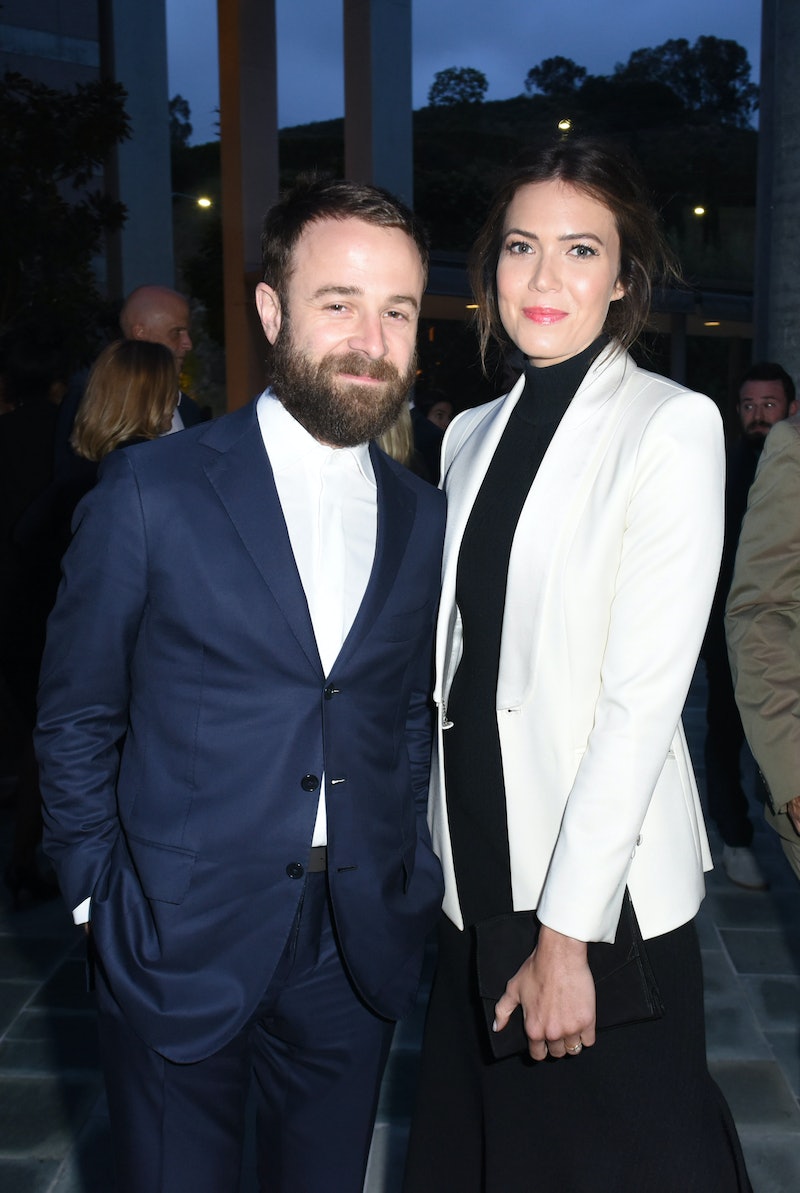 Mandy Moore delighted the internet earlier this week when she announced on Instagram that she and her husband Taylor Goldsmith welcomed a healthy baby boy named August Harrison. And now, the This Is Us star has returned to the social media platform to reveal that their son's name is actually an homage to her and Goldsmith's love story.

"It was last August when @taylordawesgoldsmith and I found out we were having a boy (it's also Taylor's birth month) and we always loved the name... so it was settled very early on in our book," she wrote alongside a photo of their son bundled up in a blanket with his name on it. The blanket, however, reveals an even deeper, more sentimental meaning behind the moniker.

"For our anniversary in November, T gifted me with this blanket with the 'A' (for Amanda) made from extra material from my wedding dress and 'T' (for Taylor) from his wedding shirt. Felt like a very fitting amalgamation of our whole story," Moore continued. "I can't wait to pass this on to our sweet August one day."

The explanation behind the name and the blanket came just two days after Moore officially announced August's birth on Instagram. "Gus is here," the actor wrote alongside a photo of the newborn on Tuesday, Feb. 23. "Our sweet boy, August Harrison Goldsmith. He was punctual and arrived right on his due date, much to the delight of his parents. We were prepared to fall in love in all sorts of brand new ways, but it goes beyond anything we could have ever imagined."

Upon posting the announcement, several of Moore's famous friends took to the comments to congratulate the couple on their new addition. "Oh my heavens! Welcome, Gus!" Chrissy Metz wrote. The official This Is Us Instagram also chimed in with well-wishes. "Congratulations, Mom!" the show's account wrote. Celebrities including Alison Brie, Ashley Benson, Rachel Bilson, Ellie Kemper, Sophia Bush, and more echoed those same sentiments.

Moore has been very open about the ups and downs of her pregnancy journey. On a Feb. 22 episode of the Informed Pregnancy Podcast, for example, she revealed that a low platelet count altered her birth plan. "It's something I never thought about until I got, I'd say early to midway through my third trimester," she said. "They sort of started dropping pretty precipitously and fell below the threshold that would make it possible for me to do a home birth. Unfortunately, my plans have had to change."

A few days before that, she shared a black-and-white photo cradling her belly and provided her followers with an update. "Still waiting for this little man to make an appearance," she wrote, adding that the excitement and anticipation were too much to bear. "Anytime you're ready, sir."