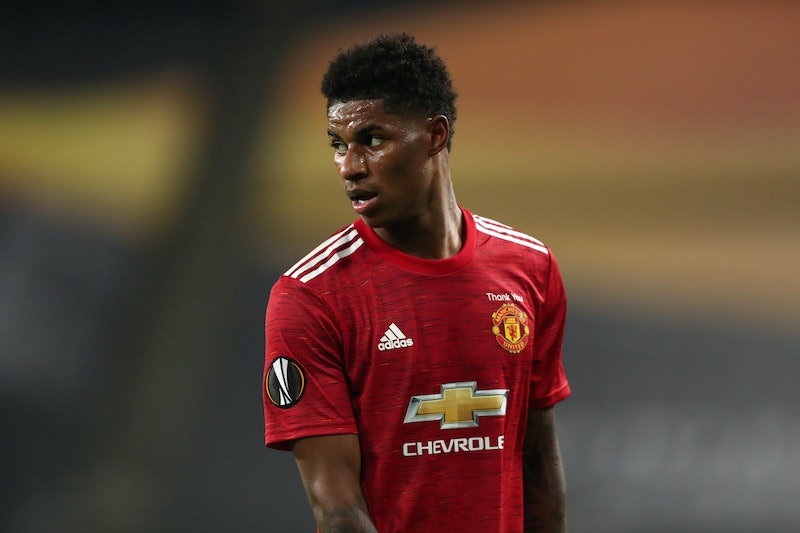 On June 15, Manchester United footballer Marcus Rashford called for the government to rethink its decision on not continuing free school meals over the summer. The following day, Prime Minister Boris Johnson announced a U-turn that would allow the scheme to continue throughout the school holidays. Three months on, Marcus Rashford has set his sights on a bigger target: the end of child food poverty in Britain through the Child Food Poverty Taskforce.

Rashford has called on some of the UK's biggest food brands and charities –including Aldi, Tesco, Deliveroo and Kellogg’s – and set out three major new policy goals in what is a truly inspiring rallying cry for long-lasting change in the UK.

In a letter to MPs, Rashford noted how “food poverty is contributing to social unrest." Reflecting on meetings with families in need of the same support he counted on as a child, he described “watching a young boy keeping it together whilst his mother sobbed alongside him, feeling like he has to step up to protect his family and alleviate some of that worry. He was nine years old.”

“I know that feeling,” he wrote. “I remember the sound of my mum crying herself to sleep to this day, having worked a 14-hour shift, unsure how she was going to make ends meet. That was my reality.”

"We had to think about the best way to do it, to think about how these families can eat long term and not have any issues," Rushford added. Signed by the chief executives of the UK's biggest supermarkets, and food charities FareShare and Food Foundation, the scheme calls on the chancellor Rishi Sunak, to fund the implementation of three key policy recommendations from the National Food Strategy.

Commissioned by the government in 2019, the National Food Strategy aims "to help create a food system in the UK that is healthy, affordable, and sustainable," according to BBC News. Led by food entrepreneur Henry Dimbleby, it listed three recommendations for parliament to tackle food poverty in the UK – endorsed by Rashford's taskforce – and includes:

Rashford hopes that by raising these issues to the government and inciting change, the stigma surrounding child food poverty in the UK will change too. "I feel like at times people think they are being looked down on if they ask for help, and I think in this generation... that is something that should change," he told BBC Breakfast. "You should feel free if you want to ask for help for anything. Hold your head up high and if you need help go and get help."