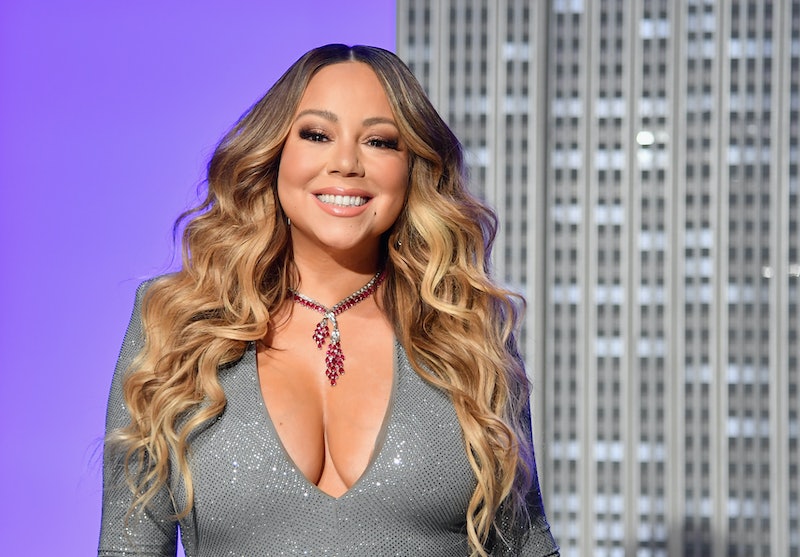 Nothing shows Mariah Carey's mastery of shade more than her new memoir, The Meaning of Mariah Carey, which tells the story of her entire life — well, the important parts. Asked about some key omissions, Carey explained why James Packer isn't in her memoir in a new interview. And in true Mariah fashion, the shade was ice cold and utterly fabulous.

In 2015, Carey started dating Packer, an Australian billionaire, and got engaged to him nine months later, before the couple eventually split in October 2016. To most people, an engagement, no matter how short-lived, would seem significant enough for a memoir, and yet, the singer reportedly does not mention Packer at all in her new book, despite writing about her previous marriages to Nick Cannon and Tommy Mottola. "If it was a relationship that mattered, it’s in the book," she told The Guardian as an explanation. "If not, it didn’t occur."

Packer actually isn't the only man who made headlines for not being in the memoir. Eminem, who famously feuded with the singer in the early 2000s, is also absent. "If somebody or something didn't pertain to the actual meaning of Mariah Carey, as is the title, then they aren't in the book," she told New York Magazine in August. And, based on what she told The Guardian about Packer, he was cut because their romance just didn't go that far, despite them reaching the point of engagement. “We didn’t have a physical relationship, to be honest with you,” she said.

For longtime fans, the omission doesn't come as a surprise. Carey didn't exactly have kind words for Packer the last time she spoke about him in June 2017, when he was dealing with a corruption scandal involving Israeli Prime Minister Benjamin Netanyahu. "I don’t know where the motherf*cker is," she told Israel’s Channel 2 News, according to Just Jared. "How am I supposed to know? I really have no idea about the political stuff that goes on. I don’t pay attention to it."

It sounds like the feelings are mutual. A year after their split, Packer finally spoke about his relationship with Carey, saying that it was a "mistake" for the singer and for himself. “I was at a low point in my personal life,” he told The Australian, as per People. “She was kind, exciting, and fun. Mariah is a woman of substance. But it was a mistake for her and a mistake for me.”

More like this
25 Years Later, Mariah Carey Re-Releases 'Butterfly' With 8 New Songs
By Jake Viswanath
Mariah Carey Is Releasing Her “Lost” '90s Grunge Album
By El Hunt
Kanye West Apologizes To Kim K "For Any Stress I Have Caused" In Rare Interview
By Jake Viswanath
Adam Levine Denies Having An Affair — But Admits He “Crossed The Line”
By Jake Viswanath and Radhika Menon
Get Even More From Bustle — Sign Up For The Newsletter