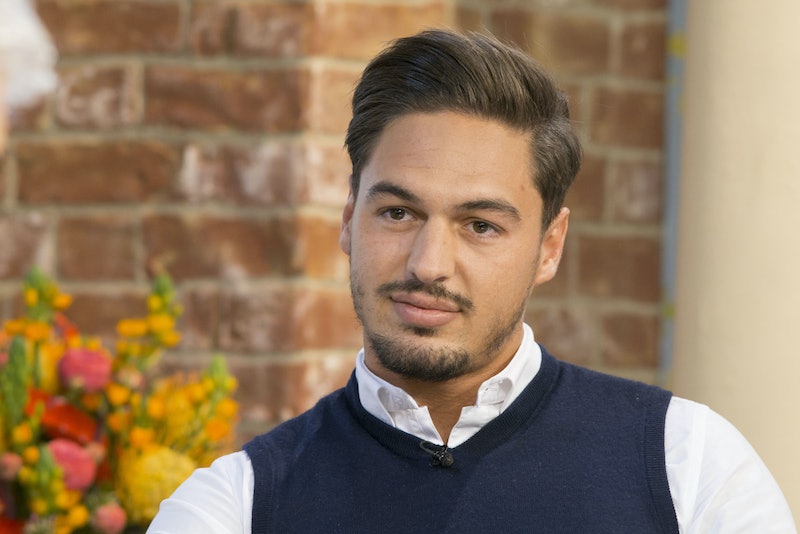 Following his 2011 debut on the third series of The Only Way Is Essex, Mario Falcone became a breakout star of ITV2's long-running reality hit. Since then, Falcone appears to have turned his back on the industry, and as part of a brand new BBC documentary, has reflected on the darker side of reality television with Love Island's Ovie Soko. But what else is there to know about the former-TOWIE star? And who is Mario Falcone's fiancé?

As The Sun reports, Falcone is currently engaged to make-up artist Becky Miesner. The pair began dating in August 2016 and the Celebrity Big Brother star popped the question less than a year later in June 2017. Sharing news of the engagement at the time, Falcone posted an Instagram snap of the proposal in Santorini, Greece, along with a caption that read: "She said YES!! Very very happy and lucky." The couple had planned to marry in August 2018. However, the nuptials were postponed when Miesner fell pregnant with their first child Parker-Jax, who was born in November of that year.

The pair eventually rescheduled their big day for May 28, 2020. However, as the Daily Mail reports, the engaged couple were forced to call off their Italian wedding due to the coronavirus pandemic. Speaking to The Sun earlier this year, Falcone revealed he hopes to finally walk down the aisle in June 2021.

“Hopefully we’re talking next June, but we’ll just see what happens. I think we’re in the mindset if June doesn’t happen we’ll just cancel it for a few years, have baby two, because obviously that’s on hold at the moment," he told the publication. "People are in a much worse situation than a wedding, so it doesn’t matter in the grand scheme of things.”

As previously mentioned, Falcone recently joined Love Island favourite Ovie Soko in the BBC's latest documentary Ovie: Life After Reality TV. The investigatvie programme takes a look at the pros and cons of reality TV fame, and follows Soko as he reflects on his own career and speaks with fellow stars of the industry — including Falcone, who opens up about the intense and potentially dangerous pressures of fame.