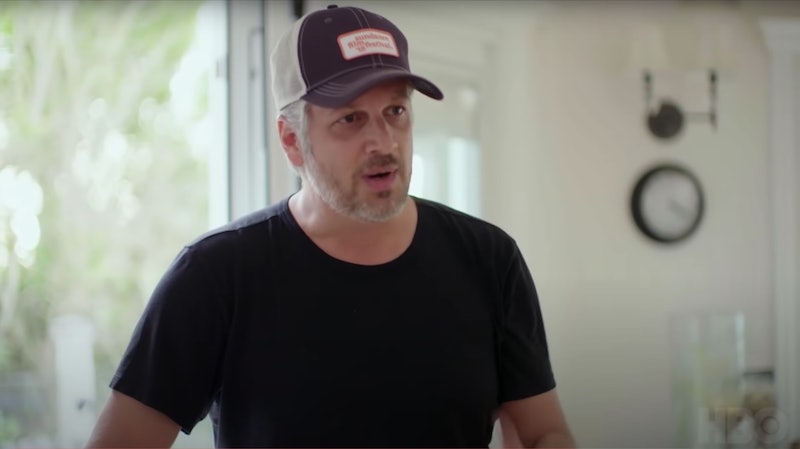 As HBO's The Vow continues to tell the twisted story of NXIVM, former members are becoming public figures for the very first time. Take The Vow's Mark Vicente, one of the whistleblowers in the NXIVM case who helped take down the cult and its founder, Keith Raniere. Vicente, a director, writer, and cinematographer, was recruited into the cult for his filmmaking knowledge and Hollywood connections, and it's thanks to him that The Vow is full of behind-the-scenes footage of the organization.

Per Vicente's website, the filmmaker was born in 1965 in South Africa, and developed an interest in television and movie production at a young age. He studied "Directing, Cinematography, and Theater Lighting Design" in college, and went on to work as a camera assistant and Steadicam operator before transitioning into working on commercials and music videos. Then in 1992, Vicente moved to Los Angeles, California, to work on Father Hood, a Disney film starring Halle Berry and Patrick Swayze, where he reportedly "became one of the youngest cinematographers to shoot a big budget studio picture."

Vicente continued to work as a cinematographer on a variety of smaller productions throughout the late 90s and early 2000s, including Lady in Waiting, Midnight Blue, and Chasing Destiny, as per IMDb. But it was his documentary What the #$*! Do We (K)now!? that caught the attention of high-ranking NXIVM member Nancy Salzman, who introduced him to the group's self-help seminars.

Vicente was so taken with NXIVM, he introduced it to his then-girlfriend and now-wife Bonnie Piesse, also featured in the docuseries, in 2010. In 2016, he even released a documentary on Raniere and his work in Mexico titled Encender el Corazón, per The New York Times. One year later, his wife was ostracized from the group, and he started hearing rumors of a secret society in NXIVM, which would later be revealed to be a kind of sex cult sorority called DOS. Soon, he left the group with his wife and ended up being part of a handful of former members who exposed the organization publicly. "No one goes in looking to have their personality stripped away," he told The New York Times in 2017. "You just don't realize what is happening."

After taking on an active role in bringing public attention to NXIVM, which eventually led to an indictment of Raniere and other leaders in the group, Vicente testified against Raniere in May of 2019. In his testimony, per Rolling Stone, the filmmaker revealing that the NXIVM founder ran a course that reportedly forced men to humiliate women, claiming the founder's goal was to "make women submit to men and be obedient, no matter what."

Now that The Vow is airing on HBO, the filmmaker, who is currently developing projects with Tachyon Films, per his website, has continued to speak out against NXIVM and Raniere on Twitter. He's also responded to criticism from viewers of The Vow who questioned how he could have been ignorant of Raniere's behavior for so long. In a blog post shared on Sept. 13, Vicente explained the depth of his conditioning, claiming that at one retreat, he participated in an intensive all geared towards shaming abuse victims. "I would later discover this entire intensive was designed to inoculate Raniere against anyone pointing out his abuses," he wrote. "The conclusion of the intensive's argument, was that anyone who cries abuse... is actually the abuser." In that same blog post, Vicente teased that he would go into more detail about this kind of "thought reform" in his upcoming book.