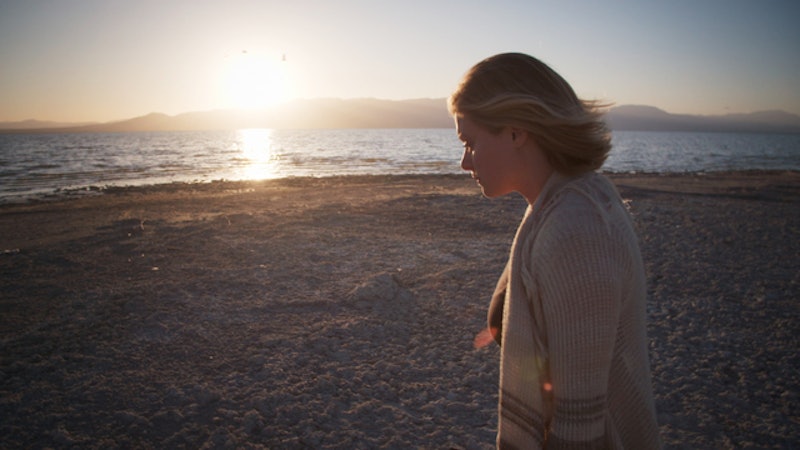 If it weren't for people like Bonnie Piesse, NXIVM may have been able to operate in the shadows for a lot longer. As documented in HBO's The Vow, Piesse, a musician and actress best known for playing Beru in Star Wars: Episodes II and III, joined the group in 2010 after being introduced to it by her friend (and eventual husband) Mark Vincente. However, she later began to grow skeptical about its operations: she'd noticed Allison Mack, a high-ranking member and former Smallville star, was getting very thin, and later learned that her food intake was allegedly being restricted by NXIVM leader Keith Raniere. (Raniere was convicted of sex trafficking, racketeering, forced labor conspiracy and other felony charges in 2019.) In early 2017, Piesse made the difficult decision to leave NXIVM.

She spent the next several months trying to expose the group, including DOS, a sex cult within the organization allegedly run by Mack (Mack pled guilty to racketeering in 2019). She appealed to Vincente, who initially remained in NXIVM, not wanting to believe what she'd uncovered. Piesse also contacted actor Catherine Oxenberg, whose daughter India Oxenberg was a member of DOS. Eventually Vincente left the group too, and they along with Catherine and other former NXIVM members participated in a New York Times exposé published in late 2017. NXIVM has since splintered; Raniere, Mack, and other high-ranking leaders have been arrested; and India has put the group behind her.

Piesse and Vincente, too, have done their best to move on with their lives. As reported by Esquire, the two are still married and are now living in Portugal.

Piesse still calls herself an actress in her Instagram bio, but she's only been in a handful of short films since 2012. Lately, she's focusing more on other passions. She released an album called Found in 2019 and started a tarot reading business called Of Soul and Sky. She's also active on Instagram, where she shares inspirational quotes and serene images of her days in Portugal.

Alongside a recent, relaxed-looking selfie, Piesse reflected on the difficulties of her time in NXIVM and the downfall of the group. "The last few years have been a sh*t show to say the least… betrayal, heartbreak, horror, upheaval of everything I've known," she wrote. "But tonight I found myself standing in the rain in Portugal, with so many beautiful new friends and souls in my life, knowing who I am more than ever before, and feeling like goodness really does prevail."

More like this
This 'White Lotus' Symbol Could Hint At A Major Character's Death
By Grace Wehniainen
'The White Lotus' Costume Designer Explains That Accidental 'Princess Diaries' Moment
By Grace Wehniainen
The 'Love, Lizzo' Harry Styles Scene Is Just 1 Moment That Made Fans Feel Seen
By Brad Witter
These Are The Murder Suspects You Didn't See In 'The Texas Killing Fields' Doc
By Grace Wehniainen
Get Even More From Bustle — Sign Up For The Newsletter