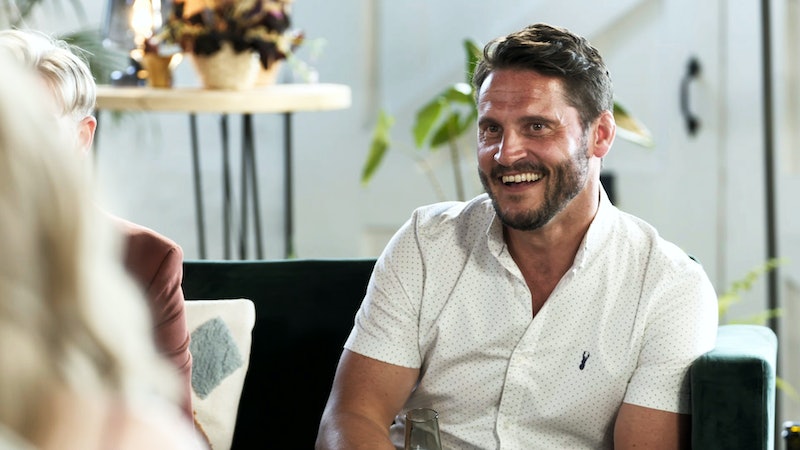 George Roberts, a contestant on Married at First Sight UK Season 7 has been arrested for controlling and coercive behaviour. The financial advisor and father-of-four stands accused by his former partners. George, 40, married April Banbury, a former former Miss Great Britain, in scenes that aired a few weeks ago on E4. We’ve since witnessed the couple experience various highs and low, with trust issues and miscommunications proving to be stumbling blocks. But in the most recently-aired episode, the pair vowed to focus solely on themselves and work on their relationship.

In a move which has shocked some viewers, George’s scenes have remained in the show this week, despite his arrest. It remains to be seen if Channel 4 will re-edit the subsequent episodes to diminish George’s screen time. According to reports, three of George’s former partners had reached out to the show’s producers with allegations concerning past behaviour.

“I said I reported him to the police twice, they asked for additional information which I gave, and I never heard anything further,” an unnamed ex-partner said in an interview. Another remarked: “I contacted Married at First Sight, E4, and the producers to tell them he was a known emotional and mental abuser of women.” The former partners claim that George love-bombed them with numerous gifts and gestures of affection before his behaviour became manipulative and coercive.

Of the legal intervention, the Metropolitan Police said: “A 40-year-old man was arrested in Worcestershire on Thursday, September 29, on suspicion of controlling and coercive behaviour. He was taken to a police station and bailed, pending further enquiries.”

A spokesperson for George told press: “George categorically denies these allegations. As a father of daughters, he finds these accusations deeply upsetting and does not condone abuse nor behaves in that way. These allegations were never brought to his attention, investigated or taken further by the police for good reason as they are simply not true.”

Meanwhile, in a recent Instagram story, April wrote: “The traumas that have been brought on from this show have made me re-evaluate things. I really have, and I'm not ashamed to admit, I have been seeing a therapist ever since.”

Bustle has reached out to Channel 4 and George Roberts for comment.

More like this
Twitter Is Saying The Same Thing About Jill Scott Winning 'I’m A Celeb'
By Sophie McEvoy
BBC’s Gladiators Reboot Is Staying Close To The Original ‘90s Phenomenon
By Sophie McEvoy
This 'Strictly' Star Is Rumoured To Be The New 'Big Brother' Host
By El Hunt, Maxine Harrison and Sam Ramsden
Fans Have Discovered The 'I'm A Celebrity' Camp's *Exact* Location
By Emma Madden
Get The Very Best Of Bustle/UK