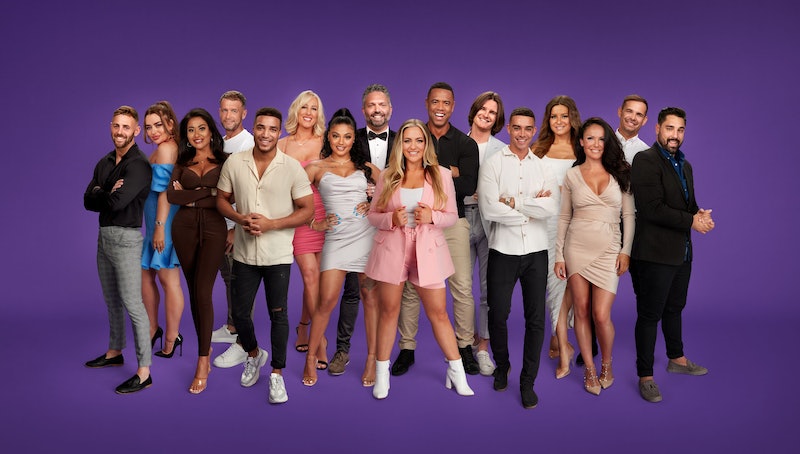 As dating reality TV shows go, Married At First Sight is possibly one of the most controversial franchises out there (with Netflix’s Love Is Blind being a close second). The international series sees relationship experts match complete strangers at the wedding altar without having previously met, and, as the recent success of the Married At First Sight Australia has proven, it can have some shocking results. Channel 4 is about to air a brand new UK series with some interesting changes and the promise of “a bigger, more dramatic take on the format.” So, ahead of Married At First Sight (MAFS) UK season six, here’s what we know so far.

When Will Season 6 Of MAFS UK Air?

Following the onslaught of reality dating shows released this summer, Married At First Sight UK season six is expected to be released to E4 later this year, however, an official date has not yet been revealed. Watch this space.

What Can We Expect From The New Season?

Following the success of the Australian show, the UK team is making a few tweaks to their format.

One of the most important changes is that, for the first time, MAFS UK contestants will not take part in legal marriages. Instead, they will make “a lifelong commitment to one another” at a wedding-like ceremony – overseen by a celebrant – that includes guests, bridal gowns, dancing, speeches and cake.

Viewers will then follow the couples on their luxurious honeymoons before they move in with one another and with their fellow couples. “Relationships will be put under the microscope, by fellow brides and grooms at weekly dinner parties – as well as by the experts, at recurring commitment ceremonies, where couples choose whether they want to stay in or leave the process,” Channel 4 have said.

A whopping 16 single Brits (8 men and 8 women) have been announced for this year’s line-up – and they are already proving to be extremely watchable.

With ages ranging from 25 to 47 and hometowns scattered all across the country, it’s certainly a mixed bag, and it’s still too early to know who will be matched with whom.

Alongside the new bunch of hopeful singles, MAFS UK has enlisted a panel of relationship experts to help the couples progress on the show.

Paul C Brunson, who many will recognise from Celebs Go Dating, is returning to his role as relationship coach and confidence coach Mel Schilling, who appeared on the Australian version of MAFS, is also confirmed.

E4 has also announced that renowned Intimacy Coach Charlene Douglas will appear as a sex and relationship therapist for the show.

Douglas shared the exciting news to Instagram along with a few behind-the-scenes snaps of the new expert team.

“I am delighted to be joining this new series of Married at First Sight UK,” she said. "This is a brand-new role for the show and it is important to remember that these couples have just met and are going to be getting to know each other quickly,” she hinted. Mel Schilling also shared her joy of being part of the “revamped” series. On Instagram, she teased that with Douglas onboard the couple conversations will go to the “next level.”

Channel 4 released a trailer for the new MAFS on July 27, which depicts a spoof version of the show’s commitment ceremonies. Expect an exasperated priest, a couple of naïve newlyweds, and some very skeptical flower girls.

The first look trailer, which began airing on e4 on August 16, offers viewers a real taste of what’s to come. The 40-second video sees 31-year-old Morag panicking as she prepares to walk down the aisle. “What if I don’t actually like him?” she asks her bridesmaid. A few second later, we see her say to camera, “I mean, I didn’t exactly get what I ordered.”

Elsewhere, there’s shouting, screaming, and tears. Alexis, 28, yells “If this was on the outside world you’d be blocked and deleted” and Nikita, 26, screams “SHUT UP!” seemingly from the hotel bedroom of her honeymoon.

If you can’t wait for the new season, remember you can catch up on past episodes on 4oD now.

This article was originally published on July 21, 2021