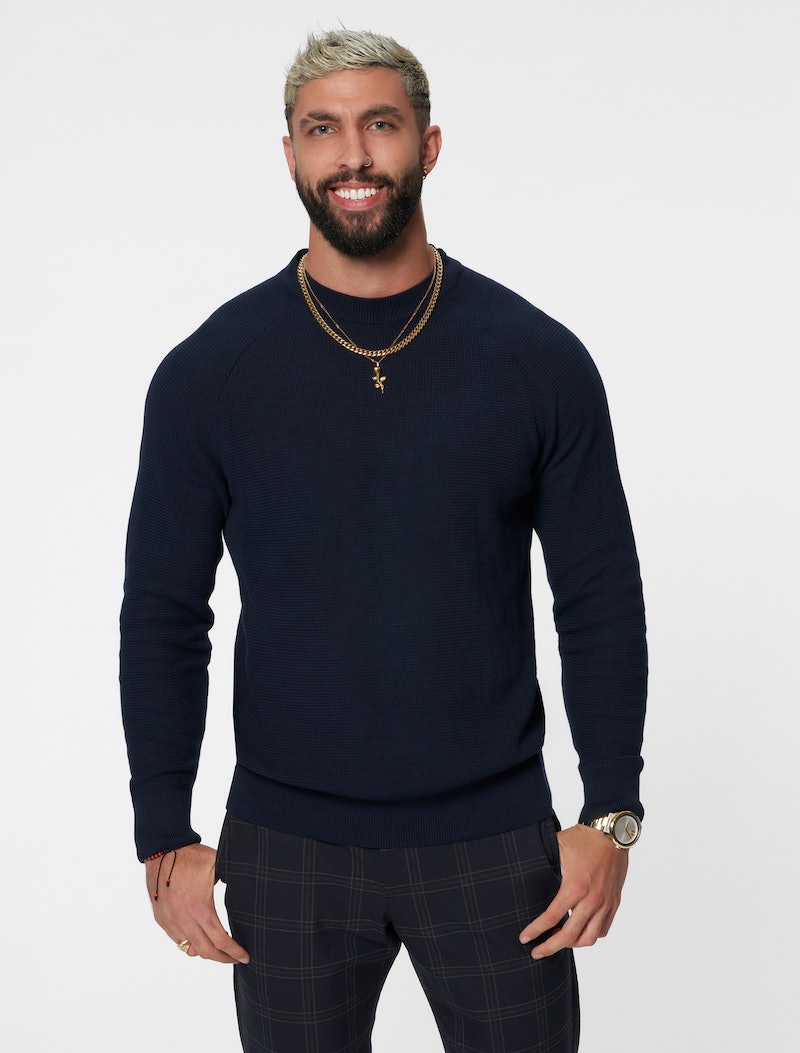 The Bachelor franchise has no shortage of men who like to post shirtless selfies on Instagram. One of the guys filling that role on Michelle Young’s season of The Bachelorette is Martin Gelbspan, a 29-year-old personal trainer from Miami. His ABC bio describes him as a “passionate and disciplined man” who “spends his days perfecting his physique” and spending time with his Argentinian family, who emigrated to the U.S. when he was 10 years old.

Several episodes into the season, Martin has also proven himself to be kind and considerate. . Following a tumultuous rose ceremony, he pulled Michelle aside to make sure she was doing OK. She appreciated the gesture, and it seems like Martin has the potential to go far. Here’s what else to know about him in the meantime.

Martin Is Very Into Fitness

A quick scroll through Martin’s Instagram makes it clear that he is indeed very dedicated to his physique. His feed is littered with pictures of himself sculpting his core, working on one-arm handstands, and showing off his abs. There are also a surprising number of videos of him doing backflips.

Additionally, you’ll be hard-pressed to find a photo of Martin with his natural hair color. He often sports something vibrant, like shades of pink, blue, yellow, and even leopard print. Lately, though, he’s been sticking to an icy blonde, which is the same color he had while filming Michelle’s Bachelorette season.

Martin Runs His Own Company

One of Martin’s Instagram posts encourages people to “ditch the gym,” which coincides with his approach to fitness and training; he prefers to work out on the beach or elsewhere outside. According to his LinkedIn profile, Martin graduated from Florida International University with a degree in kinesiology and exercise science in 2014. Since then, he’s worked as a trainer tech, a fitness model, and as a trainer with Equinox.

Martin also runs Gelbspan Fitness, a program he founded in 2010 that tailors its workouts and routines to each individual client. “Completely personalized online training to get you looking and feeling your best. No guesswork, no bullsh*t,” the website promises. He even created his own app called Gelbspan Method, which tracks personal fitness goals and provide workouts for users. Recently, Martin opened up about his fitness journey on Instagram.

“I always trained for aesthetics/looks until a few years ago. It was a never ending battle. Always putting myself down because of the way I looked ... Needless to say, it wasn’t great for my mental health,” he captioned a series of photos of him sitting contemplatively on the beach. “Then I started training for performance/skills. I quickly realized that if you’re working towards a skill, the aesthetics will follow.”

Outside of fitness, Martin has worked in real estate: his LinkedIn says he founded the Gelbspan Group in 2016. However, the website and Instagram page associated with the company seem to have been deactivated.

In addition to lengthy workout tips, Martin likes to post long, pensive commentaries on Instagram. In one post, he reflected on learning to stop doubting his creativity. In others, he wrote about perfectionism, not taking life too seriously, and the importance of staying present in the moment.

“By disengaging from the mind and becoming more present, you tend to feel more alive, more alert, and more at peace,” he captioned a shirtless pic of him sitting in a parking garage. “We tend to spend more time in the past and think about the future when all we really have is the now. Why would you wanna be anywhere else?”

Martin’s Bachelorette bio says that “he gets his passion from his parents and credits them for teaching him how a husband should treat his wife.” His ideal partner is a “mature, health-conscious woman who wants to be loved.” He also says that he’s ready to make a big commitment and plans to be fearless in his pursuit of love — so look for him to potentially ruffle some feathers amongst the other men.

So far, Martin has been loving Michelle loudly and proudly on Instagram. Since the premiere of her season on Oct. 19, he’s shared nine photos — more than a third of which are about Michelle. He’s posted pictures from their first meeting as well as some stills from their basketball group date. He also uploaded a series of workout videos in which he’s wearing the pilot jumpsuit he was given on the Top Gun: Maverick-themed group date.

Most recently, Martin shared a series of photos from a very Fast & Furious-looking one-on-one date captioned with a full poem he wrote for Michelle. “You’re exactly what I’m looking for, so I need to be real / As you know, Its not about what I say… but how I make you feel / And I promise to continue doing just that,” the poem reads in part. “On this journey, I’ll show you what we can create / If you feel something between us, I wouldn’t hesitate / To give you the world and make you my equal / I hope you know I’m final rose material / Baby We can make this a sequel.”

This article was originally published on Oct. 19, 2021