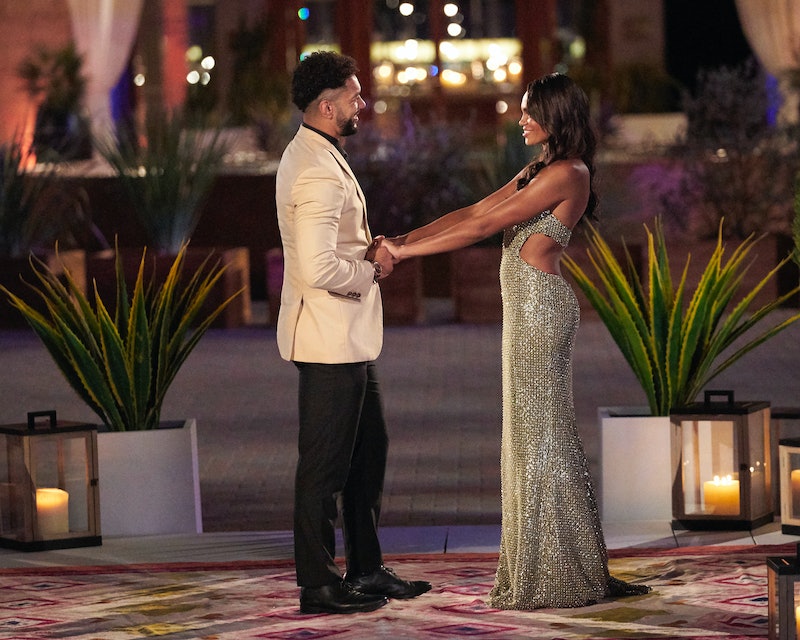 It took all of two episodes on this season of The Bachelorette for the drama to kick off. As anyone who’s ever watched the show before would know, it’s never that great of a strategy to use your alone time with the lead to talk about other contestants. That didn’t stop Jamie Skaar from using his one-on-one conversation with Michelle Young to question her character and imply she’d come into her season with pre-formed connections with another contestant.

The other contestant in question was Joe Coleman, a former basketball player from Michelle’s home state of Minnesota. Throughout the episode, Jamie speculated that Michelle and Joe had to have had some prior relationship before uniting on the show, which was ultimately the impetus for his decision to voice his concerns. He whisked Michelle away during the episode’s climactic cocktail party and claimed the entire house had been talking about the murkiness of her and Joe’s relationship. The only problem was Jamie was pretty much the only contestant to be overtly dubious of Michelle and Joe. Naturally, Jamie’s approach didn’t sit well with fans.

And the men were just as confused as the audience was.

After Michelle had her conversation with Jamie, her confidence and energy understandably dwindled, causing her to cancel the rest of the evening, and thus, Jamie earned villain status.

Unfortunately for everyone involved, Jamie had already earned a rose during a one-on-one date and was safe from elimination, but that didn’t stop fans from wanting that rose back.

Perhaps worst of all was Jamie watching as the men tried to deduce where the gossip had come from. Unsurprisingly, he opted not to come forward.

Before the episode’s rose ceremony, Michelle told her guys that she hadn’t met any of the contestants prior to night one. Granted, she and Joe had exchanged messages, but she did point out that he ghosted her shortly after they connected.

The episode ended with the remaining men vowing to expose who blamed the entire house for the actions and beliefs of one contestant. Jamie didn’t seem all that rattled about the witch hunt nor remorseful about ruining the evening, so it’s safe to say he’s settling into his newfound villain status quite comfortably.

More like this
Twitter Can’t Get Over Stormzy’s Surprise Cameo On Winter 'Love Island'
By Sophie McEvoy
Twitter Is Saying The Same Thing About 'Love Island'
By Sophie McEvoy
This 'Bachelor' Contestant Got Back With Her Bachelor Nation Boyfriend After Going Home
By Grace Wehniainen
These 'Bachelor' Spoilers Suggest Christina Mandrell Is The New Villain
By Grace Wehniainen
Get Even More From Bustle — Sign Up For The Newsletter
From hair trends to relationship advice, our daily newsletter has everything you need to sound like a person who’s on TikTok, even if you aren’t.