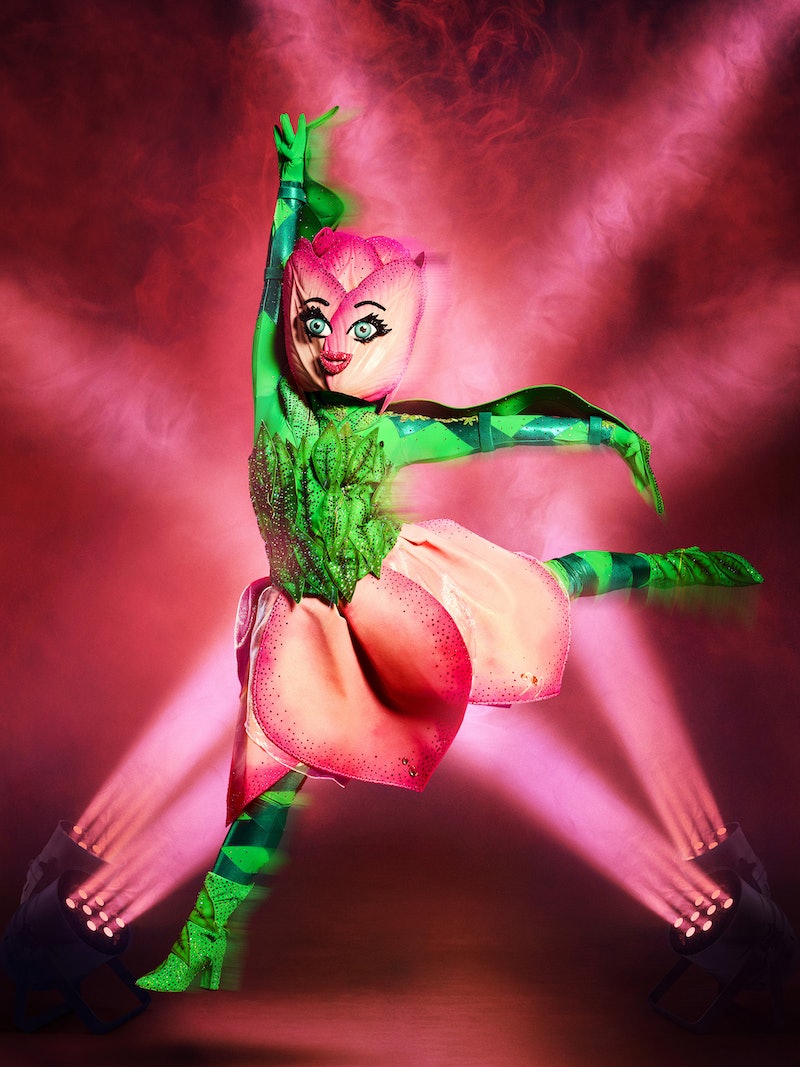 Not all of the Masked Dancer contestants are professionally trained, but Tulip is clearly an experienced performer. She impressed the judges in the premiere episode with a tap-dancing routine, and on the Jan. 20 episode she performed a graceful modern dance to Eva Cassidy's "Fields of Gold." Early guesses have included dancer Chloe Arnold and Tik Toker Charli D’Amelio, but the most popular fan theory is that Tulip is Dance Moms star Mackenzie Ziegler.

Ziegler appeared from 2011 to 2016 on the reality show, which followed the pre-teen dancers at the Abby Lee Dance Company in Pennsylvania. Per BBC, she was just six when she started filming the show with her older sister Maddie. Mackenzie was often overshadowed by Maddie (who went on to star in many of Sia's music videos), and famously broke down in tears over the pressures of performing. But she eventually built up a resume of her own: acting in the teen drama series Total Eclipse, debuting two albums, and becoming a YouTuber.

Tulip's clue packages do seem to line up with these details. In the first clue package, the "AL to DC" bus ticket shown could mean the Abby Lee Dance Company. There was also the number "11," which could refer to the year Ziegler joined Dance Moms. And Tulip said she used to be teased all the time; in 2020, Ziegler was bullied during an Instagram live and in the past was often compared to her sister.

In the second clue package, Tulip was seen in a YouTube video titled "My Best Bud," which could be referring to Maddie. She said her and her "best bud" were always competitive, but they realized they shouldn't waste time arguing: "Tik Tok, am I right?" Now her friend is always there for her whenever she feels "frozen in place." Tulip also revealed her Word Up clue was "princess," and she was shown standing in front of a solar eclipse — a possible reference to Total Eclipse.

The princess and Frozen reference led the judges to guess Kristen Bell. But per Women's Health, Ziegler voiced the lead role in a 2018 animated film called Ice Princess Lily. She's literally a princess named after a flower!

Tulip also told the panel that it wasn't easy for her growing up, and she was judged a lot. While it couldn't have been easy becoming famous so early, Ziegler was also literally judged a lot at dancing competitions. It's possible Tulip is someone else — like singer Rebecca Black, who released "Friday" in 2011 — but all signs currently point to Ziegler.

More like this
All The Clues Clint & Gina Aren’t Still Together After 'MAFS' Season 16
By Brad Witter
We Finally Have Some Answers To How Heather Gay Got A Black Eye On 'RHOSLC'
By Samantha Rollins
Rachel Responded To 'Bachelor' Fan Theories About Her TikTok With Clayton
By Grace Wehniainen
Everything To Know About A Potential 'RHODubai' Season 2
By Kadin Burnett and Brad Witter
Get Even More From Bustle — Sign Up For The Newsletter
From hair trends to relationship advice, our daily newsletter has everything you need to sound like a person who’s on TikTok, even if you aren’t.