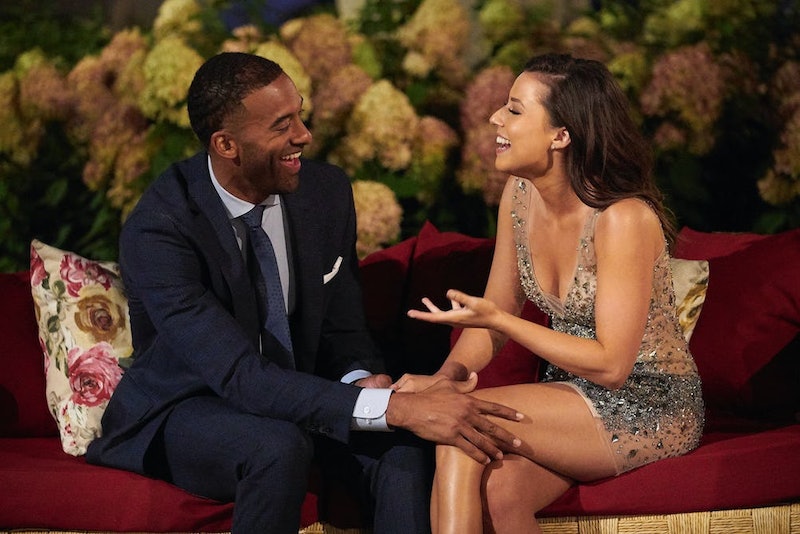 Katie Thurston’s elimination from Matt James’ season of The Bachelor has culminated in calls for her to be named the next Bachelorette, and now, a major Bachelor Nation figure has waded into the discourse. James addressed the fan campaign for Thurston to be the next star of The Bachelorette while on Watch What Happens Live with Andy Cohen on Feb. 11, calling her “bold” and “courageous” in the wake of her bringing the rampant bullying problem to light.

The response came after a fan asked James about Thurston and Serena Chew’s heated conversation in the latest episode, and whether or not he felt differently about deciding to send her home after watching the exchange. “When I saw Serena C. and Katie’s exchange, that had nothing to do with my feelings for Katie at that time,” James said. “[It] doesn't say anything about her as a woman and how incredible she is, because she was there for a reason, and those are the type of women that should be in consideration for a Bachelorette role.”

James continued, "She's bold, she's courageous, and she stands up for what she believes in."

While it came as a shock, Thurston left on a hopeful note. “I know what I deserve, and I deserve a man who knows what I have to offer,” she told the cameras. “I am who I am, and there’s someone out there who wants that.”

Following the episode, Variety reported that ABC is “eyeing” Thurston as the next Bachelorette, but host Chris Harrison seemingly shut down those reports shortly after. “We did not name [Katie] or anybody the next Bachelorette during the Women Tell All special,” he told Rachel Lindsay on Feb. 9. “In fact, we didn’t even talk about who was the next Bachelorette.” The host said “there’s a large debate still going” on who should follow in Clare Crawley and Tayshia Adams’ footsteps.