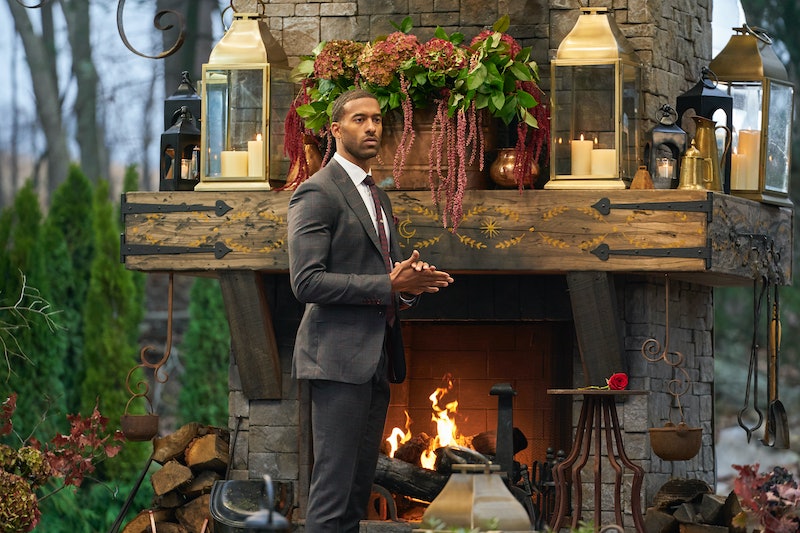 After what has felt like a decades-long season, Matt James’ *dramatic* Bachelor finale has finally arrived. And as always, viewers are not holding back their very specific opinions about it. Just a half an hour into the episode, Twitter was flooded with memes and comments about everything from the general fatigue Matt’s season has caused to the way he awkwardly touched his mom Patty Cuculo’s leg while talking to her at the beginning of the episode. “I think Matt's hand forgot that it was his mom's leg,” one user wrote. “MATTHEW!!! THATS YOUR MOTHER,” another added. Unfortunately, that wasn’t the only way Twitter roasted Ms. Patty and her son.

A switch must have been flipped since Patty’s first introduction to Bachelor Nation, during which fans oohed over her bold fashion and ahhed over her bright pink blush. They wanted to see more of her, but once they did, they weren’t nearly as nice. Some compared her to Cruella Devil from 101 Dalmations and others said she looked like Mrs. Fowl from Jimmy Neutron. This season has truly brought out the worst in everyone.

And people really couldn’t get over the thigh touching.

Matt hasn’t mentioned his brother John much on the season thus far, but he joined their mom to meet Rachael and Michelle. And he had a lot to ask the women.

Especially because it aired the day after daylight saving.

Seeing Michelle Get Her Heart Broken Was Too Much

Matt pretty much blindsided her with a breakup and no explanation for it. She deserved better.

Everyone Loved Emmanuel Acho As the ATFR Host

A lot of ground was covered on ATFR, mostly in regards to Rachael’s racism scandal and Matt’s response to it. Acho didn’t glaze over uncomfortable topics, which made for a powerful and reflective show.