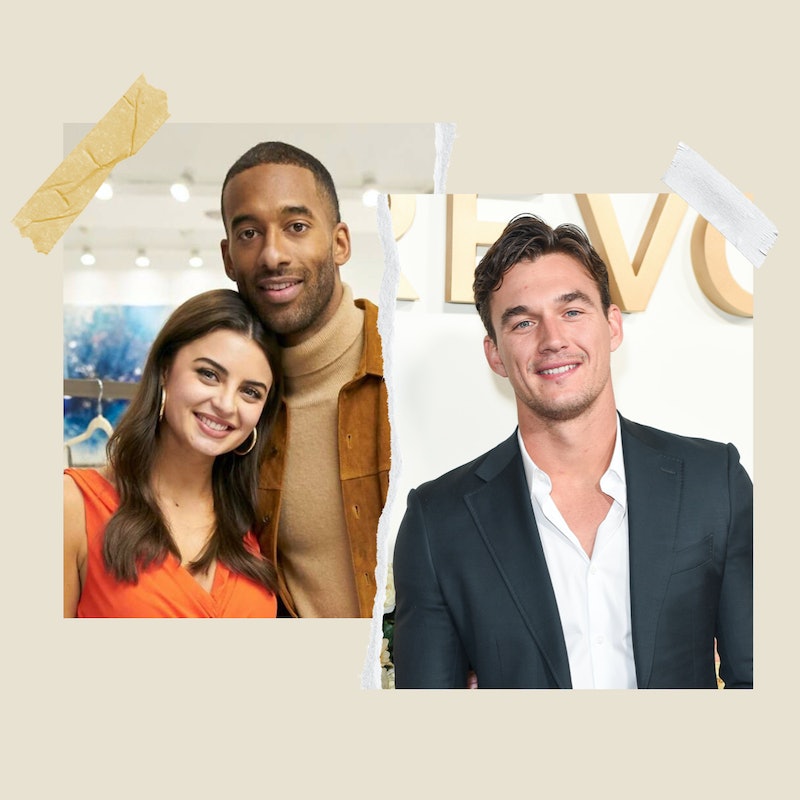 Memorial Day is here, which means that many celebs made the trek from New York City to the Hamptons to celebrate. The Bachelor’s Matt James and Rachael Kirkconnell were among those who spent the holiday weekend on Long Island’s east end, but they weren’t alone. The reality TV couple — who rekindled their romance following Kirkconnell’s racism scandal — was joined by James’ best friend Tyler Cameron and his girlfriend Camila Kendra.

According to People, the two couples went to Bounce Beach Montauk, a local Long Island hotspot. There, James and Cameron posed for a photo together, which was posted to the Season 25 star’s Instagram feed. “Found The End Of The World,” the 29-year-old commercial real estate broker wrote alongside a picture of his arms wrapped around Cameron. Kirkconnell then jumped into the comment section to joke about how she’s “forever the third wheel.”

Other than that, the foursome didn’t share any additional photos on social media. James did document some their weekend on his Instagram Story, though. Despite the bad weather, the couples seemed to enjoy some frozen drinks with friends indoors. Later that day, the former Bachelor shared a photo of himself in bed with lots of ice cream. If that doesn’t sound like the perfect Memorial Day Weekend, we don’t know what does.

The couples’ outing comes roughly one month after James confirmed to People that his relationship with Kirkconnel was back on. “I’ve seen Rachael a handful of times,” he told the magazine on April 28. “I’m not pursuing any relationships right now outside of that. I said I was going to focus on my relationship with her and that means focusing on it.” Roughly a week later, the reality star elaborated on why he decided to give their romance another shot.

“I think the best way to put it is that we can have critical conversations about being in this relationship and what I need in a partner — especially if that woman isn’t Black — [is] to understand what comes with me and my life and being Black,” James told WSJ before explaining that people need space to grow. “It’s on people who care about being allies to do the work to be truly antiracist. And I think it’s unfair to leave people without the ability to unlearn and be better.”

Many Bachelor fans were surprised to find out that James and Kirkconnell rekindled their romance, especially considering the tone of their conversation on the After the Final Rose special in March. But after being spotted together and getting caught up in even more drama, they were able to get back on the same page. “She was like, ‘If you're going to make this work, let’s do it. But, if you're not going to make it work, I’m going to let you do your own thing,’” James said during a recent appearance on the Pomp podcast. “That’s really all I needed. It was an ultimatum that I needed.”

Cameron’s relationship with Kendra remains a bit of a mystery. The two were first spotted together in New York City this past January but haven’t commented on their relationship. James, however, made it clear that both he and Cameron will not be looking for love on the upcoming season of Bachelor in Paradise. “There’s a negative chance I’ll be on Paradise,” he told People. “There is a negative chance Tyler’s on there as well. I think we’re good on that.”