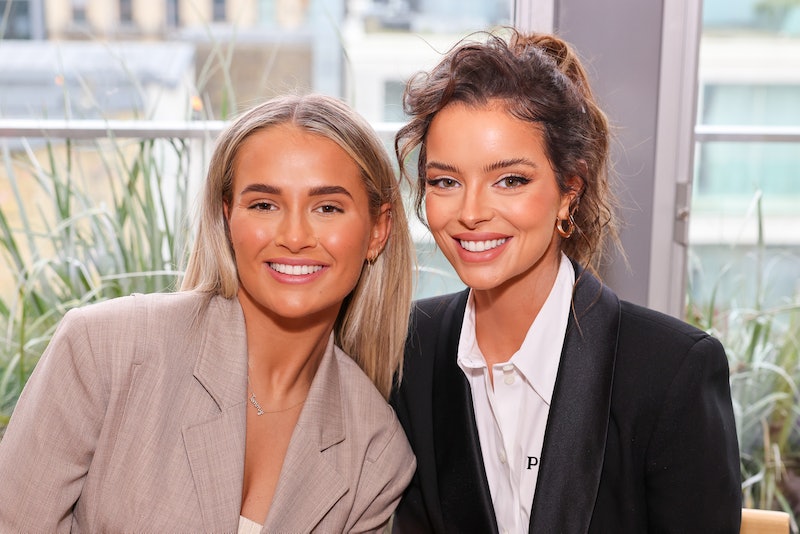 The internet has remained largely divided in the days since the Molly-Mae controversy first reared its head on social media. The 22-year old fashion influencer was criticised on a national scale for “classist” comments made on Steven Bartlett’s podcast, The Diary Of The CEO. Now, Maura Higgins and Shaughna Phillips clash over the Molly-Mae drama, with Higgins calling out her fellow Love Island alumni for adding fuel to the controversy.

To recap, earlier this week, a now-viral clip hears Molly-Mae Hague, who found fame and fortune following her stint on Love Island 2019, discuss her attitude towards achieving success and fortune.

The Pretty Little Thing Creative Director told host Bartlett: "You’re given one life and it’s down to you what you do with it. You can literally go in any direction.

She went on to add, controversially: "When I’ve spoken about that in the past I have been slammed a little bit, with people saying 'it’s easy for you to say that because you’ve not grown up in poverty, so for you to sit there and say we all have the same 24 hours in a day is not correct.'

"But, technically, what I’m saying is correct. We do."

While the social media influencer clarified that she understands “We all have different backgrounds and we’re all raised in different ways and we do have different financial situations”, she reiterated that “I do think if you want something enough, you can achieve it.”

She further stated: “I’ll go to any length. I’ve worked my absolute a*** off to get to where I am now.”

Hague, who primarily posts outfit inspiration on Instagram and YouTube, was accused of being tone-deaf, a “Thatcherite”, and failing to understand privilege.

As the controversy reached a fever pitch online, Shaughna Phillips, who appeared on Love Island in 2020, offered her opinion on Twitter, writing on Jan. 6: “Molly-Mae is young, who’s had a lot of success really quickly, and not a lot of ‘life’. So I can understand why she holds those views. We all say things when we’re younger and look back and think ‘well that was stupid’ lol. No shade, I wanna live in her bubble.”

Rushing to Hague’s defence, Maura Higgins who appeared alongside the star on the reality series, tweeted back, “Surely you know as someone in this industry how lonely and scary it can be when the whole internet is slamming you. Your entitled to your opinion yes but I’m really surprised you commenting on this at all.”

To which Shaughna Phillips replied, “100%! That’s why I tweeted this in her defence. She’s young and successful, it’s not her fault she has those views. Like I said, no shade, just jel lol.”

The situation certainly remains heated. As the Molly-Mae controversy continues to trend on social media, here’s Bustle’s breakdown of the scandal.

More like this
There’s *Already* A New Season Of 'The Traitors' To Dive Into
By Sophie McEvoy and Sam Ramsden
This Pre-'Love Island' Video Of Olivia & Zara Together Changes Everything
By Bustle UK
Twitter Can’t Make Up Its Mind About Ekin-Su’s 'Dancing On Ice' Skate-Off
By Sophie McEvoy
Twitter Is Saying The Same Thing About Ekin-Su’s 'Dancing On Ice' Debut
By Sophie McEvoy
Get The Very Best Of Bustle/UK
Sign up for Bustle UK's twice-weekly newsletter, featuring the latest must-watch TV, moving personal stories, and expert advice on the hottest viral buys.