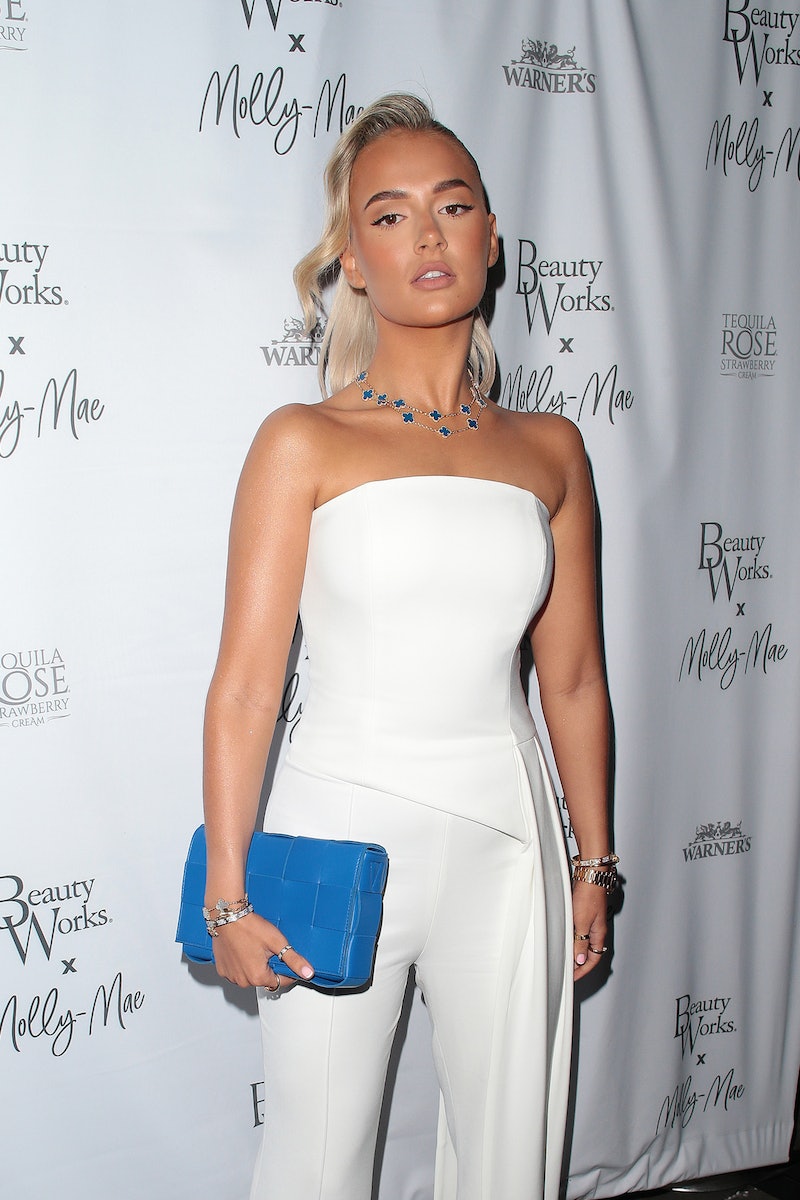 It isn’t rare for Love Island contestants to be the subject of much discussion, but former star-turned-influencer Molly-Mae Hague has sparked a very specific brand of outrage this week. You will, no doubt, have seen the memes. A clip from her appearance on the podcast, The Diary of a CEO, in December 2021 has gone viral, with many responding to her comments about how you can achieve anything “if you want something enough,” completely failing to acknowledge or privilege. Comparison to Margaret Thatcher have been made, and her Wikipedia page was even briefly change to read “Molly-Mae Thatcher”. (It has since been corrected.) Here is a play by play breakdown of what went down.

What Did Molly-Mae’s Actually Say?

In the excerpt that has done the rounds on Twitter, Hague begins, “I just think you’re given one life and it’s down to you what you do with it… you can go in any direction.” The influencer quickly follows up by saying:

“When I’ve spoken about that before in the past I have been slammed a little bit with people saying ‘it’s easy for you to say that… you’ve not grown up in poverty, you’ve not grown up with major money struggles, so for you to sit there and say we all have the same 24 hours in the day is not correct’. Technically what I’m saying is correct, we do,” she goes on to say.

“So I understand that obviously we all have different backgrounds, and we’re all raised in different ways, and we do have different financial situations, but I think if you want something enough you can achieve it and it just depends to what lengths you want to go to get where you wanna be in the future.”

She concludes, “I’ll go to any length. I’ve worked my absolute a*** off to get to where I am now.”

What Has The Reaction To Molly-Mae’s Comments Been?

To put it simply: the reaction was swift and has not abated. “The paradox of Instagram girlboss grind culture, offering mantras and productivity tips to an audience of which some are certainly struggling to pay their bills, was getting a much-needed rinsing,” as Diyora Shadijanova writes for Dazed.

Since her stint on Love Island 2019 – where Hague and her boyfriend, Tommy Fury, came second – the influencer has amassed 6.3 million followers and become the CEO of her own retail brand, Filter by Molly Mae, as well as creative director of clothing brand PrettyLittleThing.

In 2020, a Sunday Times investigation revealed that the fast fashion was paying garment workers in Leicester just £3.50 an hour; well below minimum wage. Hague’s continued involvement with the brand has fuelled furore toward her latest comments. One Twitter user wrote, “‘I’ll go to any length’ is not the flex you think it is when you look at the amount of people exploited in order for you to get there.”

And another wrote, “Yes, there are technically 24 hours in everyone’s day. Molly Mae’s fortunate that hers aren’t being used up dealing with the consequences of poverty, disability or discrimination – and then packages this unearned privilege as her own ‘hard work’.”

Discourse has sparked across the UK with many putting their two pence in. Director of left-wing thinktank CLASS, Ellie Mae O’Hagan added: “The Molly Mae thing goes beyond influencers. I've listened to people who have two jobs and still can't pay the bills make similar arguments. Most people are emotionally attached to the idea that hard work reaps rewards. How to address that is complex and not easy to answer.”

However, some have also criticised the discourse as being misogynistic, with a number of comments simply slinging sexist hate at Molly-Mae. Steven Bartlett, the host of The Diary Of A CEO podcast, also responded to the controversy saying, “I've had male guests say what she said. No one cared. But when Molly says it, she's crucified? Crazy.”

Has Molly-Mae’s Responded At All?

Yes, Hague has since come out defending her comments and reputation. In a statement made by her representatives to the Metro, the influencer’s team explained that the part of the interview that went viral was “discussing time efficiency relating to success.”

“Molly refers to a quote which says ‘We all have the same 24 hours in a day as Beyoncé.’ She was discussing her own experience and how she can resonate with this specific quote,” the statement continues.

“Her opinion on if you want something enough you can work hard to achieve it is how she keeps determined with her own work to achieve more in her own life. Molly is not commenting on anyone else’s life or personal situation, she can only speak of her own experience.

“She acknowledges that everyone is raised in different ways and from different backgrounds, but her comments here are in reference to timing, hard work, and determination in her own life. If you listen to this interview, you can see the whole conversation was about her own personal circumstances, how she has grown up, and this small clip in the conversation was talking about a quote that inspires her.

“Social media users have shared a short snippet from this interview with words such as ‘If you are homeless buy a house’ and ‘If you are poor be poor’ these are absolutely not Molly’s words, these are not Molly’s thoughts, and this isn’t at all the meaning or thought behind that conversation.”

Influencer culture rightly comes under scrutiny here, and has done time and time again. “It is just an extension of a repeated and very successful narrative that prepares the same message: that you too can be wealthy, if you just ‘work hard enough,’” comments Naked Politics founder Banseka Kayembe.

While the impulse to focus on influencers with these conversations makes sense – they do, after all, package themselves, and their mindset, up as a product – it fails to recognise the bigger picture.

In the past two years alone, many have suffered both financially and personally; losing loved ones, jobs, homes, and financial security. According to a recent government report, those claiming unemployment related benefits is higher now than it was in March 2020, when lockdown first began.

Hague’s disarming honesty, complete lack of self-awareness, and refusal to acknowledge her own privilege is one thing. But the conversation is part of a wider political reality and cultural history of fetishising “hard work”, as O’Hagan points out. And that – the overt or covert belief that effort is the sole barrier to financial success –is the real tragedy here.

More like this
Turns Out George Clooney Is A Huge Fan Of This Classic British Game Show
By El Hunt
Twitter Has Renamed Ekin-Su After *That* 'Dancing On Ice' Performance
By Sophie McEvoy
This Pre-'Love Island' Video Of Olivia & Zara Together Changes Everything
By Bustle UK
Twitter Can’t Make Up Its Mind About Ekin-Su’s 'Dancing On Ice' Skate-Off
By Sophie McEvoy
Get The Very Best Of Bustle/UK
Sign up for Bustle UK's twice-weekly newsletter, featuring the latest must-watch TV, moving personal stories, and expert advice on the hottest viral buys.