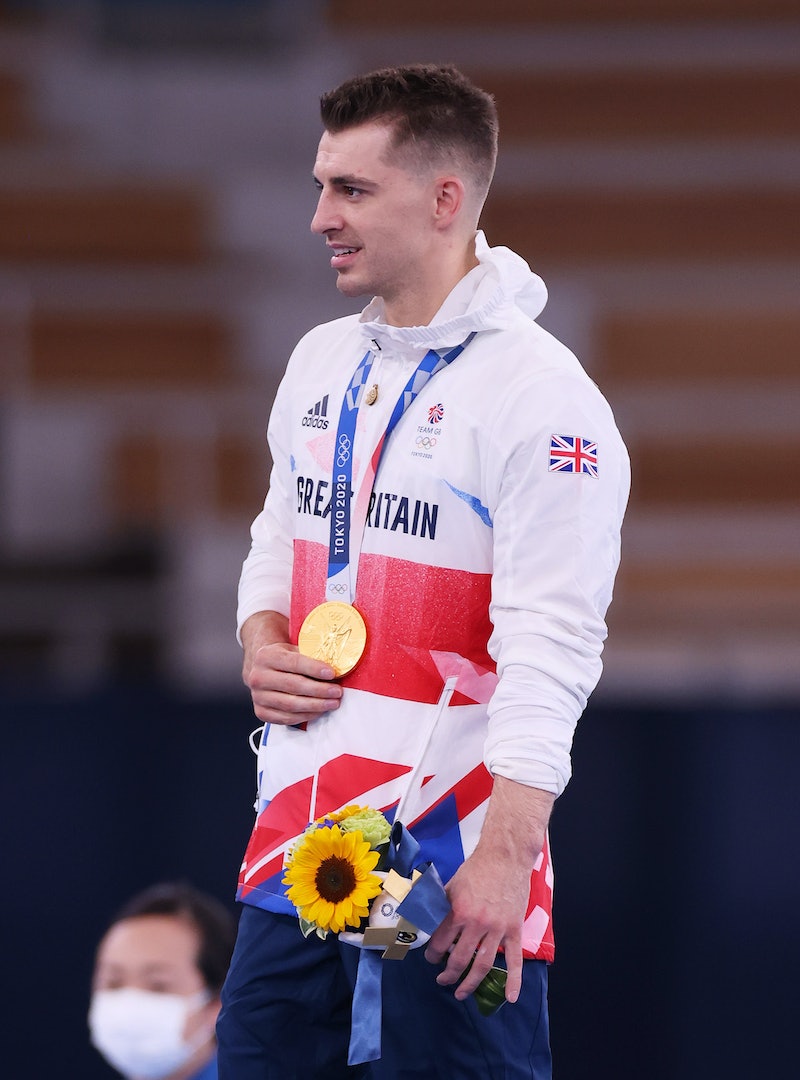 Britain’s most successful gymnast Max Whitlock recently withheld his Olympic title after a stellar performance on the pommel horse at this year’s tournament in Tokyo. The 28-year-old three-time world champion now has six Olympic medals to his name (three gold), and it’s no surprise fans wonder who helps keep the gymnast's feet on the ground, so who is Max Whitlock dating?

Well, it’s quite clear that the Olympian is head over heels with his wife Leah Hickton. From Essex, Max Whitlock has been married to his childhood sweetheart Leah Hickton since 2017, and they’ve been an item for more than fourteen years.

“He planned a weekend away to the Lake District, which is not like him,” Leah told the Express following their engagement in 2016.

“It was a beautiful place and we went for a walk around the grounds and he laid down a picnic blanket and asked me.”

This July, the Whitlocks celebrated their fourth wedding anniversary and shared snaps from their romantic big day to Instagram.

On Leah’s Instagram page, she wrote: “Happy 4th wedding anniversary to the love of my life @maxwhitlock I love you so much x x x x x”

Back in 2019, Max and Leah welcomed their first child Willow and the couple has been sharing extremely cute snaps with their adorable two-year-old on Instagram during this year’s Olympics. Prepare for cuteness overload when you see baby Willow hug a Team GB poster of her dad.

“Results are so important to me – gym is what I've done since I was seven years old – but having a child is like nothing else, and the feeling is crazy,” he beamed.

In the 2019 interview, the gymnast also spoke about how becoming a father has “put things into perspective” when it comes to his career.

“Having a baby puts a lot of things into perspective and it's motivated me so much already. I’m doing it for her now as well. It’s a really nice feeling," he said before adding, that he was “proud” of Leah for giving birth.

As if they couldn’t be more the picture-perfect couple, Leah is also a talented gymnast and coach, and together they run Max Whitlock gymnastics club in Colchester and Southend and teach gymnastics to young children.