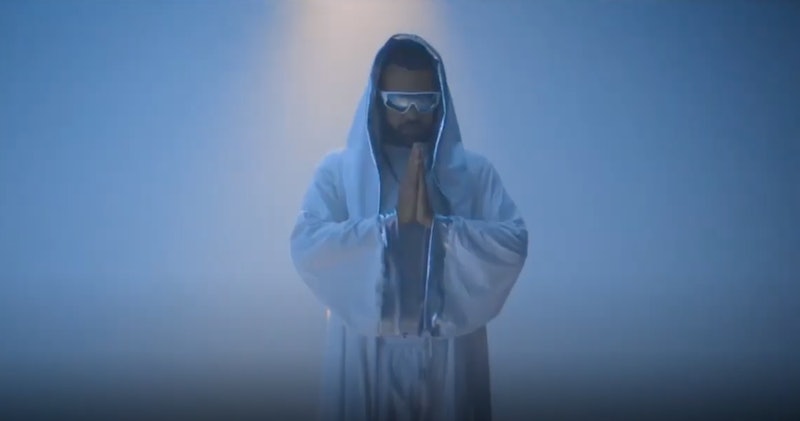 The first season of the British comedy Maxxx from O-T Fagbenle will premiere in the U.S. on Hulu before it even finishes its UK run. Fagbenle, who Hulu devotees will recognize from The Handmaid’s Tale, wrote, co-directed, and stars in the series, which centers on an erstwhile boy band star called Maxxx. Washed up Maxxx has been fading into relative obscurity since the breakup of his group Boy Town, but begs his old manager, played by Christopher Meloni, to help him battle his inner demons to stage a comeback. The show debuted to good reviews in the UK — The Guardian called it “gloriously daft” — before it was pulled from airwaves before its second episode. Given its unusual broadcast history so far, it’s unclear if Maxxx will return for a second season.

So here’s what happened: Maxxx premiered on the UK channel E4 on April 2, but was benched in favor of Brooklyn Nine-Nine reruns before airing in its entirety. The network has announced the season will be made available in full later in the year on the network’s digital platform, but that hasn’t yet happened. Still, network reps maintain they support the show. The E4 Head of Comedy told the British Comedy Guide that the sudden scheduling change was a response “to our audience’s evolving viewing habits” rather than a statement about the future of Maxxx, adding “we champion brand new comedy and are incredibly proud of this show.”

Based on what Fagbenle has said about his experience of making the show, which he did alongside his actor and music video producer brother, the series creator seems keen to work on another season. “I had Luti, my brother, behind the camera,” O-T Fagbenle told The Grio. “So it was a real kind of village atmosphere in the way we made it. Team work was the only way that we were going to try and create the kind of value on screen that we wanted to do with our modest budget.”

Fagbenle has also spoken about taking pride in the diversity of his team, which has a Black location manager, producer, executive producer, and script editor. “For us, it wasn’t a tick box exercise where we felt we had to fill the quota,” Fagbenle told The Grio. “It was an opportunity for us to get some of this untapped talent and give them access, remove some of those boundaries out of the way so they can get access to the television industry.”